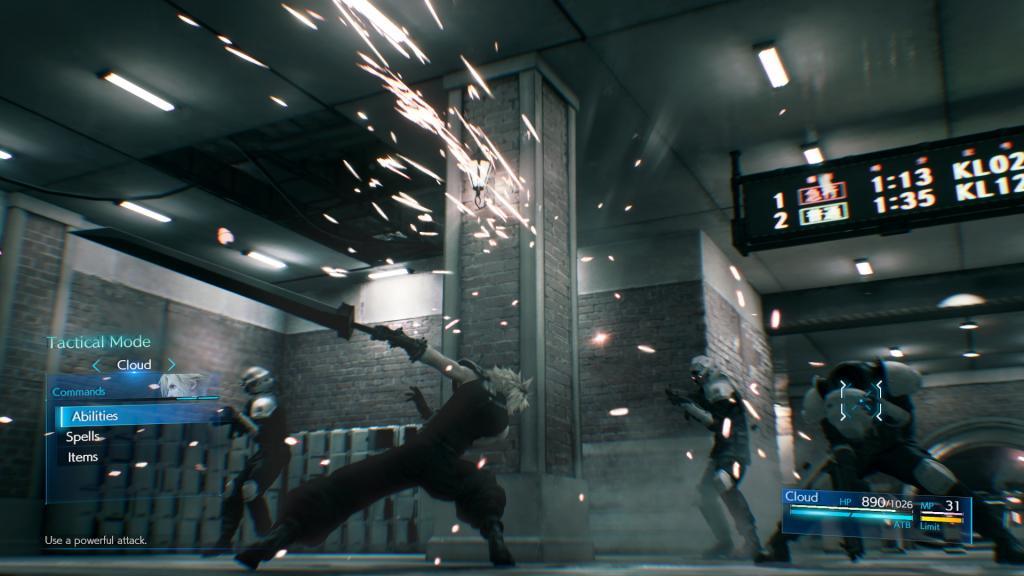 > One of the big changes that we will see in Final Fantasy VII Remake is that linked to its combat system , which as the demo has shown us (you can find it for free on the PlayStation Store) will propose a hybrid system between turns and action , trying to wink at modern games yet to remain as faithful as possible to the original game. On the matter they returned, in a new behind the scenes video, the producer Yoshinori Kitase and the director Tetsuya Nomura , who explained their approach and the vision they wanted to express for this playful return of Cloud Strife and his friends.

Kitase explained that ” we completely renewed the battle system , I think it will be a very interesting thing to try. The original game used the ATB (Active Time Battle) system, but it was basically a command-based RPG . »

Just the ATB system, Nomura says, is become the reference point for the contamination protagonist of the new combat system of FFVII Remake . Over the course of the video, the director said:

When I thought about who would play Final Fantasy VII for the first time, I knew that action was the preferred style of play. nowadays . Furthermore, to make the world of Final Fantasy VII Remake as pleasant as possible, to give it the atmosphere I wanted, I wanted all the controls to be in real time . That was the first big challenge of this project.

On the combat system, Nomura also adds that he has decided beyond any contamination of keep a traditional interface, which recalls total HP of the characters and the numbers of the HP stolen from the opponents with each stroke:

Thinking about the entire Final Fantasy series, I felt I had to keep all the statistics numbered and the level bars. They are what characterizes Final Fantasy! In FFVII, in particular, we have the ATB system. We wanted to mix the standard elements of Final Fantasy and Final Fantasy VII with the modern style of real-time action games. To do this, it was essential to find a balance .

Balance which is represented by the hybrid solution that you have been able to try for yourself in the demo. Moreover, Kitase had previously stated that, at first, he had considered making a game 100% action, but the director Nomura opposed – precisely for the desire to remain more faithful to tradition.

We remind you that Final Fantasy VII Remake will arrive on PS4 – where it will be exclusive for the first year – starting from April 10th. Have you already taken a look at the tracklist of the soundtrack?