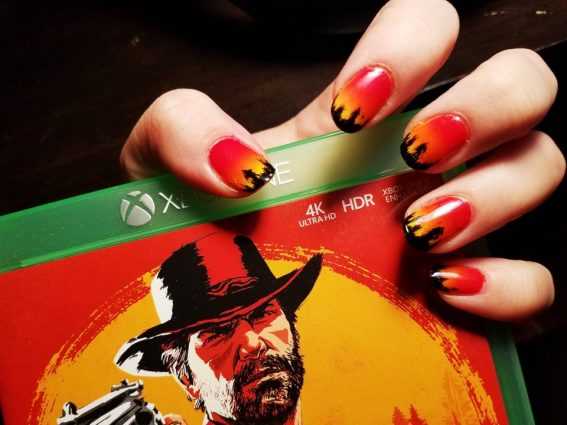 If you thought that fan art could only be made on paper or PC, you were wrong. A nail art inspired by Red Dead Redemption 2 in fact appeared a few hours ago on Reddit , astounding for the absolutely maniacal performance.

Conceived by this Karabou , he used a make-up sponge on which they were subsequently applied over layers, and then dabbed on the nail to create the typical glow of the fire-red tone of the sunset.

A black glaze and a thin brush have then allowed to complete the final work, which you find just below.

You have already read that a few weeks ago comedian Luca Bizzarri called Red Dead Redemption 2 “the game of the century”?

If you want to know more about the Rockstar Games masterpiece, get back our review!