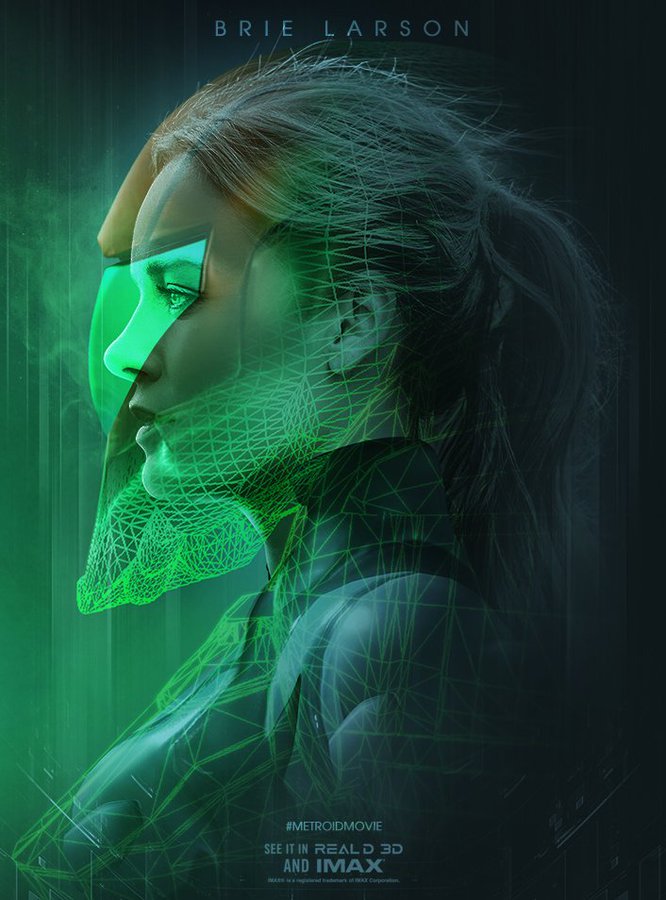 > We learned to love Brie Larson on the big screen as Captain Marvel, the heroine who appeared in the film of the same name and in the last chapter of the saga dedicated to the Avengers. It is known that the actress has always been a huge fan of Nintendo, so much so that during Animal Talking , the talk show that takes place in Animal Crossing: New Horizon announced to crave a live action dedicated to Metroid , in which she can take on the role of the protagonist Samus Aran . A Nintendo Cinematic Universe on along that of Marvel Studios? Why not. In the meantime, hoping that one day Nintendo could really consider the idea of ​​making a feature film on Metroid, the famous artist BossLogic (recently also author of two surprising posters dedicated to the Uncharted film) is carried on with the work, creating an amazing fan made poster of the film.

You can find it a little further down, in all its splendor, with the face of Brie ‘melted’ in profile in the iconic helmet of Samus:

We remember in any case that the Grande N will really land in the cinema soon: work is in progress for an animated film dedicated to the most famous plumber of video games, Super Mario.

Who knows if Larson’s desire, combined with the requests of the fans, does not really one day convince the Kyoto House to put into production the first feature film dedicated to Samus. Hope, in these cases, is the last to die.

We also remember that the community of gamers is eagerly waiting for some new information on Metroid Prime 4 , especially after the restart the development of the game planned exclusively on Nintendo Switch consoles (but whose tracks are inexplicably lost at the moment).

Waiting for news on Metroid Prime 4 and the eventual Metroid movie, our advice is to recover the beautiful Metroid: Samus Returns on Nintendo 3DS, offered at a very affordable price .