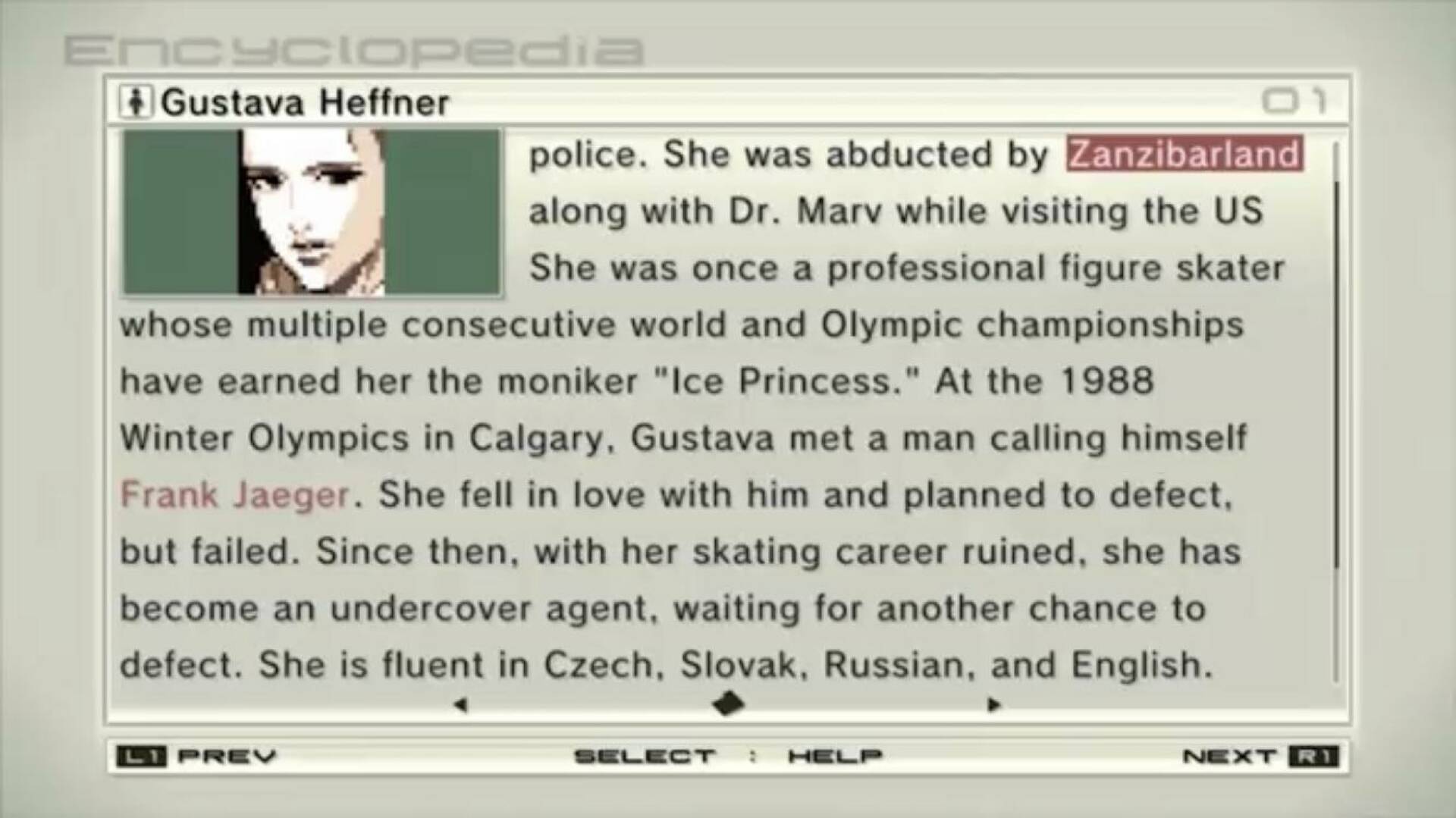 The Metal Gear Solid saga is certainly one of the richest and most complex of all time, thanks to the creative genius of Hideo Kojima .

The latest official chapter of the series, Metal Gear Solid V: Phantom Pain , has been available for several years now, which has put all fans hoping for a new chapter on a religious note.

Of course, the disastrous spin-off Metal Gear Survive has also been released, but it is also true that sooner or later the Snake saga will be back in vogue.

Despite everything, it seems that the historical fans of the series are continuing to discover tasty background and curiosities about the adventures of the franchise created by Kojima-san.

Now, in fact, via Reddit a player has discovered that Calgary , in Canada , is officially part of the Metal lore Gear Solid .

User SlimeNOxygen admitted to living in the largest city in the Canadian province of Alberta. From the MGS Database , it was in fact possible to discover that Calgary hosted the 15th edition of the Winter Olympics, held in 1988 in the Canadian city.

On that occasion, the former skater and undercover agent in the service of the Czech secret police Gustava Heffner was kidnapped by the men of Zanzibarland together with Dr. Marv.

Just during the Winter Olympics, Gustava meets Frank Jaeger and, after falling in love with him, she tried in vain to desert to be able to live her life with him.

Unfortunately, the woman will die killed in the explosion caused by the Metal Gear D, piloted by Gray Fox (ie, Jaeger himself), destined in the future to become the lethal genetic experiment known as Cyborg Ninja .

Recall that a Metal Gear Solid 3 fan recently discovered a funny reaction from one of the game’s NPCs while in the bathroom.

But not only that: for months there has been a lot of talk about a remake of the first Metal Gear Solid , so much so that even the voice actor of Solid Snake, David Hayter, seems to be convinced that there is something true .

Also don’t miss our ranking of the best and worst chapters in the Metal Gear Solid saga, which you can only ever find on the Gameshift pages.

If you want to get another Hideo Kojima masterpiece, you can also buy Death Stranding on PC in a fantastic steelbook at a very special price!