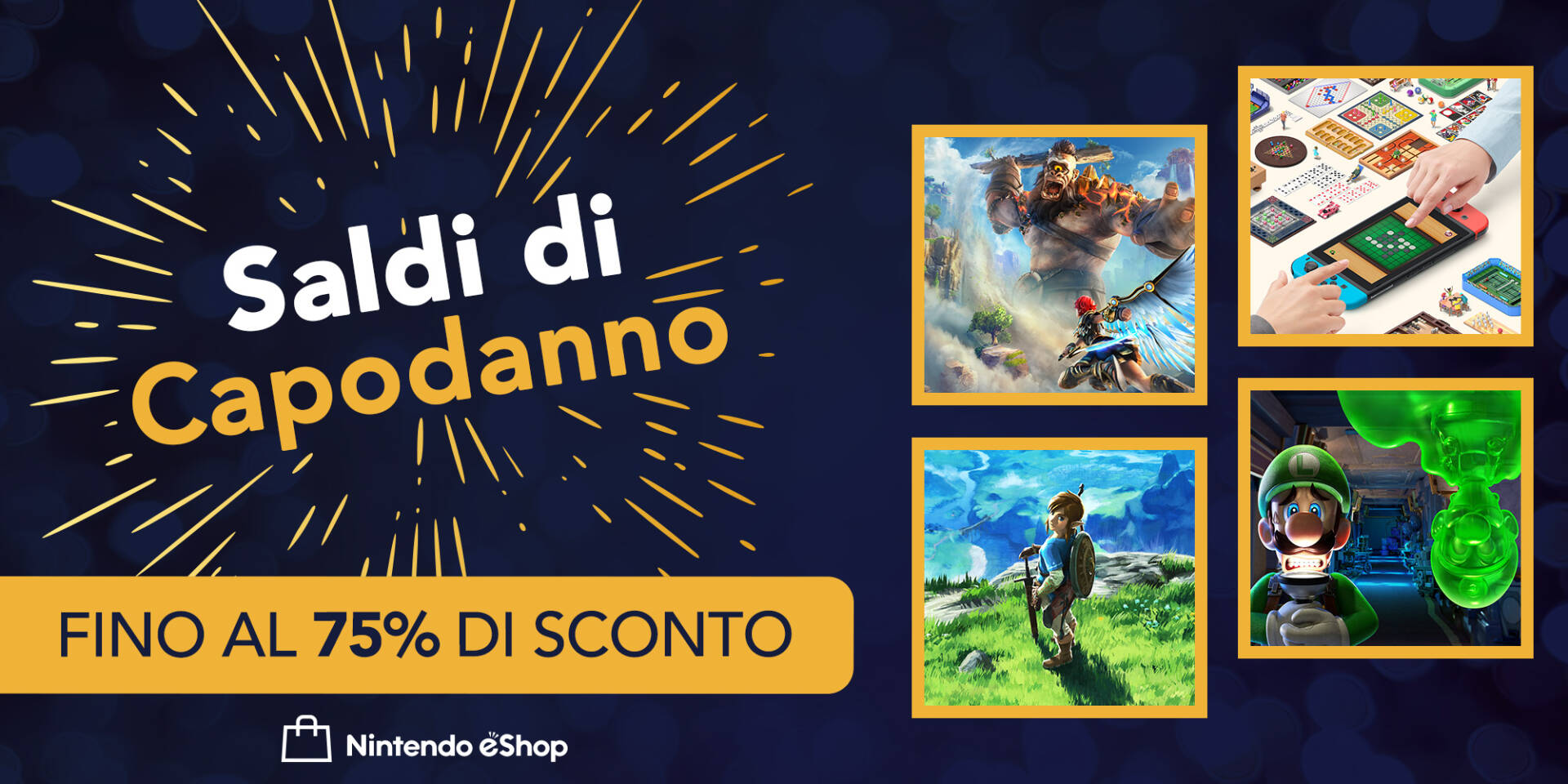 Nintendo has decided to send its aficionados some very concrete wishes for the arrival of 2021 , accompanying the congratulations to a Avalanche of New Year’s Eve Discounts on Nintendo eShop . These promotions are running from today, January 1st, until next January 10 , with price cuts up to 75% of the usual list costs of Nintendo Switch games.

What stands out in particular in these Nintendo discounts is the fact that offers are also planned for the games of the Kyoto house , which very rarely see their prices drop: that’s how you get involved must-haves like the splendid The Legend of Zelda: Breath of the Wild , Super Mario Odyssey and Mario Kart 8 Deluxe , just to name a few.

Among the games on offer you can find on the eShop of your Switch up to 10 January report we:

Kick off 2021 with discounts of up to 75% on a selection of #NintendoSwitch titles. The # eShop New Year’s Offers have begun!

The list of all the discounted games is actually very long: if you are interested, you can see it in full at this link, with best wishes from Nintendo.

If you want to buy Nintendo Switch to take advantage of these discounts, we point out the affordable price of Amazon on the Lite model.