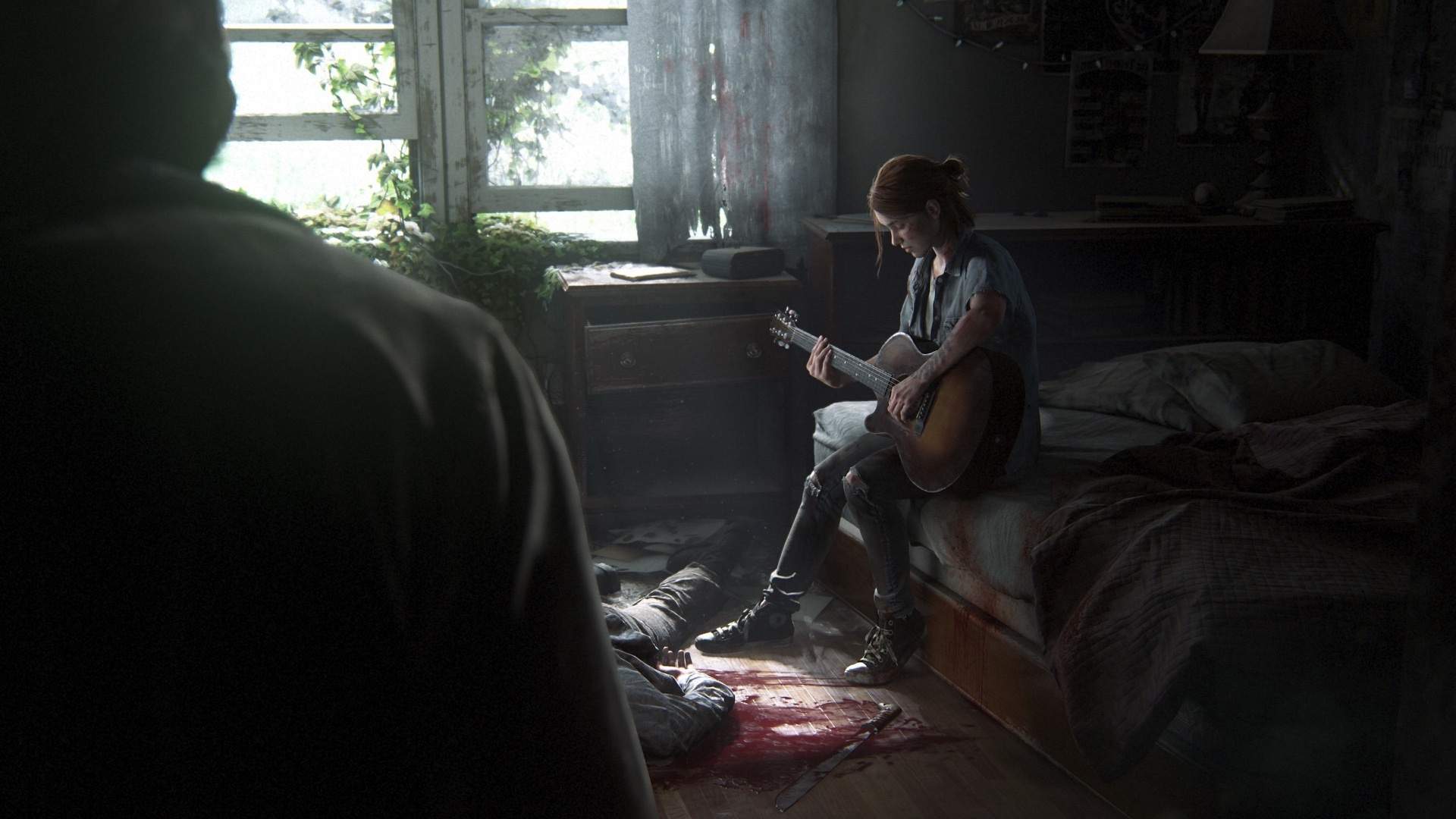 > Now that we have the launch of The Last of Us Part II behind us, it’s nice to celebrate one of the topical moments of its long approach to day one on June 19 – and of the entire generation. The 2016 reveal at the PlayStation Experience was accompanied by a spectacular trailer in which we can see Ellie singing a song, a cover of Through the Valley , complete with a guitar.

The house is completely carpeted with blood and death, and from the outside the increasingly defined figure of Joel arrives at a cadenced pace and from a few moments he will exchange some jokes with the protagonist.

The trailer of The Last of Us Part II , seen over 8.8 million times since the reveal to date, includes a very special performance of Ashley Johnson, the actress behind Ellie.

For the first time, Johnson sang as Ellie, and to do so she had to go through a curious process of ugliness of her voice why this was credible once associated with the character.

To a panel of the PlayStation Experience of that year, the actress and director Neil Druckmann revealed this curious detail, explaining how it was carried out from the beginning until the release of the clip.

In 2014 , Druckmann had sent the original Shawn James song to Johnson asking her to record a draft to see if it would work in the trailer he had imagined.

“It was beautiful” , explained the director. “In fact, when we heard it, we thought ‘it’s actually a bit too good’ . So we took a vocal coach, a really great singer, Melissa Reese, who came and worked with Ashley to make her sing worse, so that she looked more like Ellie. “

“So what you’ve heard is a much worse version of how Ashley can really sing.”

” Melissa was great on this aspect, understanding the roughness and the gleanings of alcu you know » why that performance seemed credible to the eyes and ears of the players.

The actress remembered that during rehearsals ” I was so nervous “ because it was embarrassing to have to sing in front of so many people, “but we found it, we understood the way Ellie sings”.

The Last of Us Part II has just come out and is already a success from a commercial point of view, having broken two records in not even two days.

It’s still not too late to play it: you can in fact make your own a copy of The Last of Us Part II here at a discounted price