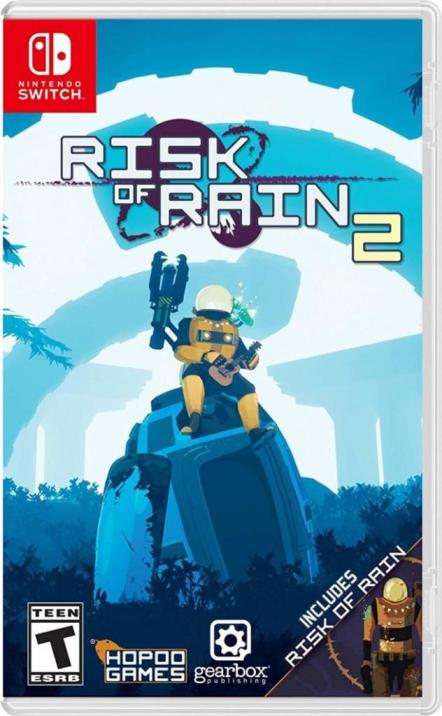 Last August 19th, at the Gamescom in Cologne, Nintendo announced Risk of Rain 2 , a post-apocalyptic video game released by Gearbox Publishing and available for a few hours.

The title, developed by Hopoo Games, is available in Early Access on PC and boasts third-person shooter mechanics, as well as roguelike, all playable in both single and multiplayer.

Now, it has been confirmed that the title will also be released in a new physical version, which will also include the first chapter of the Risk of Rain series. Below, you can admire the official boxart of the game.

The American release of the retail format title is confirmed for November 15 this year. We’ll see if the European (and therefore the Italian) market will enjoy this physical edition.

All the news, videos and articles about the game produced by Gearbox can be found as always in our dedicated card!