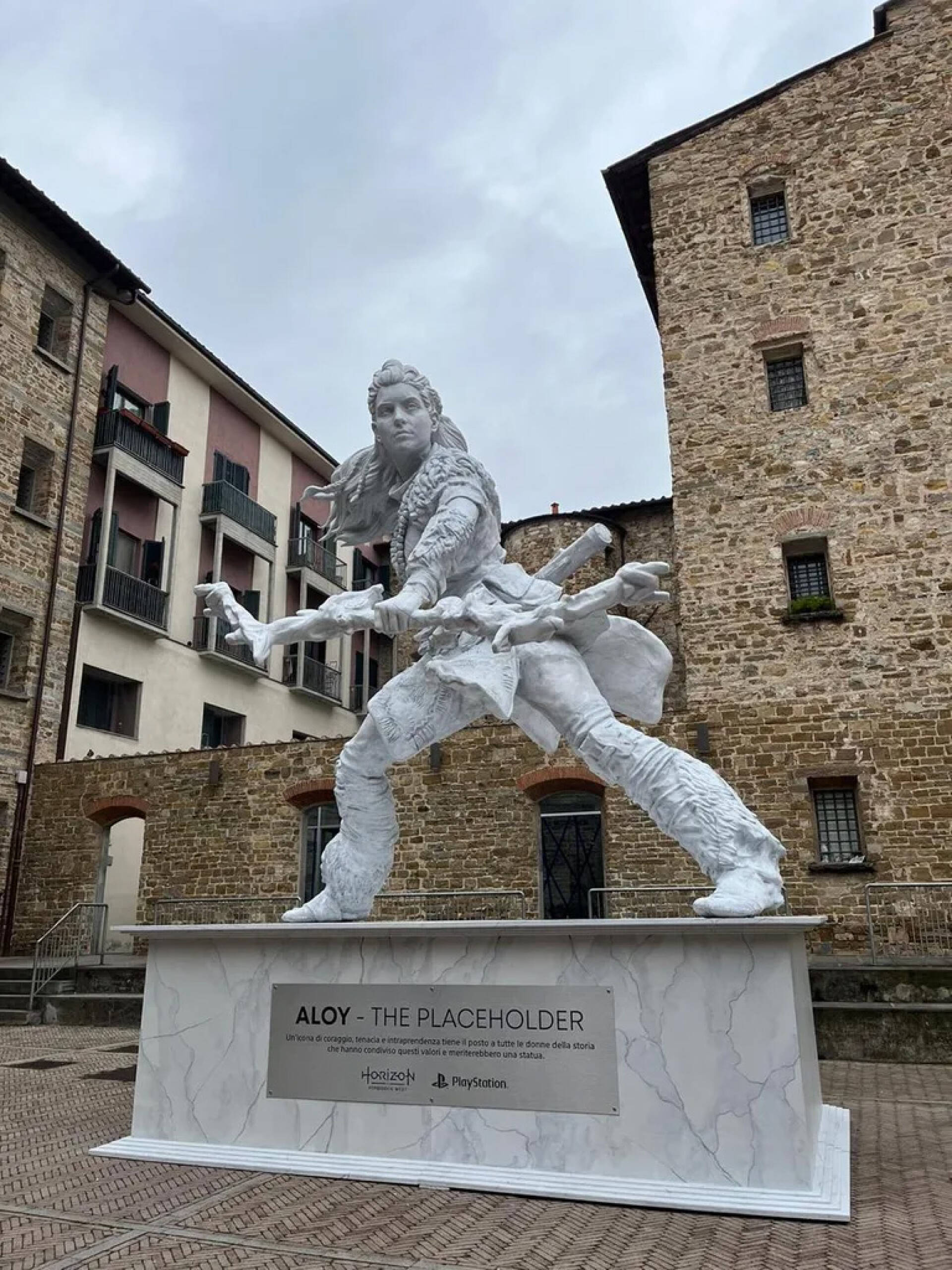 We often found ourselves, on our pages, talking about the importance of gaming for everyone . A game that does not make anyone feel out of place and in which no one feels entitled to make someone else feel uncomfortable for their differences compared to what, for years, has been superficially handed down as the ideal “standard” of the gamer.

This is why some time ago we proposed our reflections on the importance of the protagonists of video games and the message they can communicate to the entire community: one of diversity, inclusion and a medium where ‘is space for all people. A message that, obviously, also PlayStation Italia espouses, considering the initiative that from today brings to Florence a temporary statue of Aloy , the heroine of the imminent Horizon: Forbidden West .

PlayStation, which advertised the initiative on his official blog, explained that the statue will remain in its place until February 25 and you can see it in Piazza Madonna della Neve , in the Complesso delle Murate , in the Florentine city which, as we all know, is one of the great and extraordinary Italian cultural cradles.

We know that, in Italy, it was recently highlighted that there are very few monuments called to celebrate the memory of women who have accomplished great deeds in the past: for this reason, Aloy acts as a “placeholder”, in the idea of ​​PlayStation, embodying them all.

“ The star of the game, due out on February 18th, Aloy is a virtual icon but at the same time realistic . Aloy represents one of the possible expressions of the incredible psychological complexity of mankind , for the purposes of the story, the difference in gender is not central , but the value of diversity »explains, in the official note, the videogame division of Sony.

Read also: Horizon: Forbidden West | Review – For a world worth living in

«Diversity understood as uniqueness , as an expression of the extraordinary nature of the individual. Born and raised as an outcast , Aloy has a unique perspective on the world . She feels like a stranger, but thanks to her emotional intelligence and a strong empathy , with perseverance and commitment , challenges the status quo to devote oneself to the relentless search for truth and self-discovery “.

And so the indomitable heroine of Guerrilla Games carries on her shoulders the symbol of the women of the past :

«The statue of Aloy in Florence takes the place of all the women of the past who shared its values ​​, helping to increase , in different and original ways, sometimes in a discreet but significant way, the artistic heritage , cultural , scientific and social of our country, although they have not always been celebrated in the context of toponymy ».

The Italian toponymy, to date, mainly recalls female figures linked to national or local history, literature, religion or entertainment. Little space, however, for women of science, the visual arts, the world of work or sport.

«The greatest power of toponymy» explains Mari to Pia Ercolini, President of Female Toponymy « is creating models, referring to imaginaries, as well as representing a will. The Sony Interactive Entertainment Italia initiative opens up a preferential communication channel with the younger generations on the importance of cultural models, a reflection on which ones they want to preserve, and which ones they want to value “.

And Florence, with the garden to Tina Anselmi , the terrace Marielle Franco and the plaque to Maria Petroncini is working actively to have a toponymy that remembers and enhances the female models, for the women of today and those of tomorrow.

Now, for a week, you can count on Aloy as well.

If you want to follow Aloy’s adventures, start with Horizon: Zero Dawn to find out where she came from as an outcast.