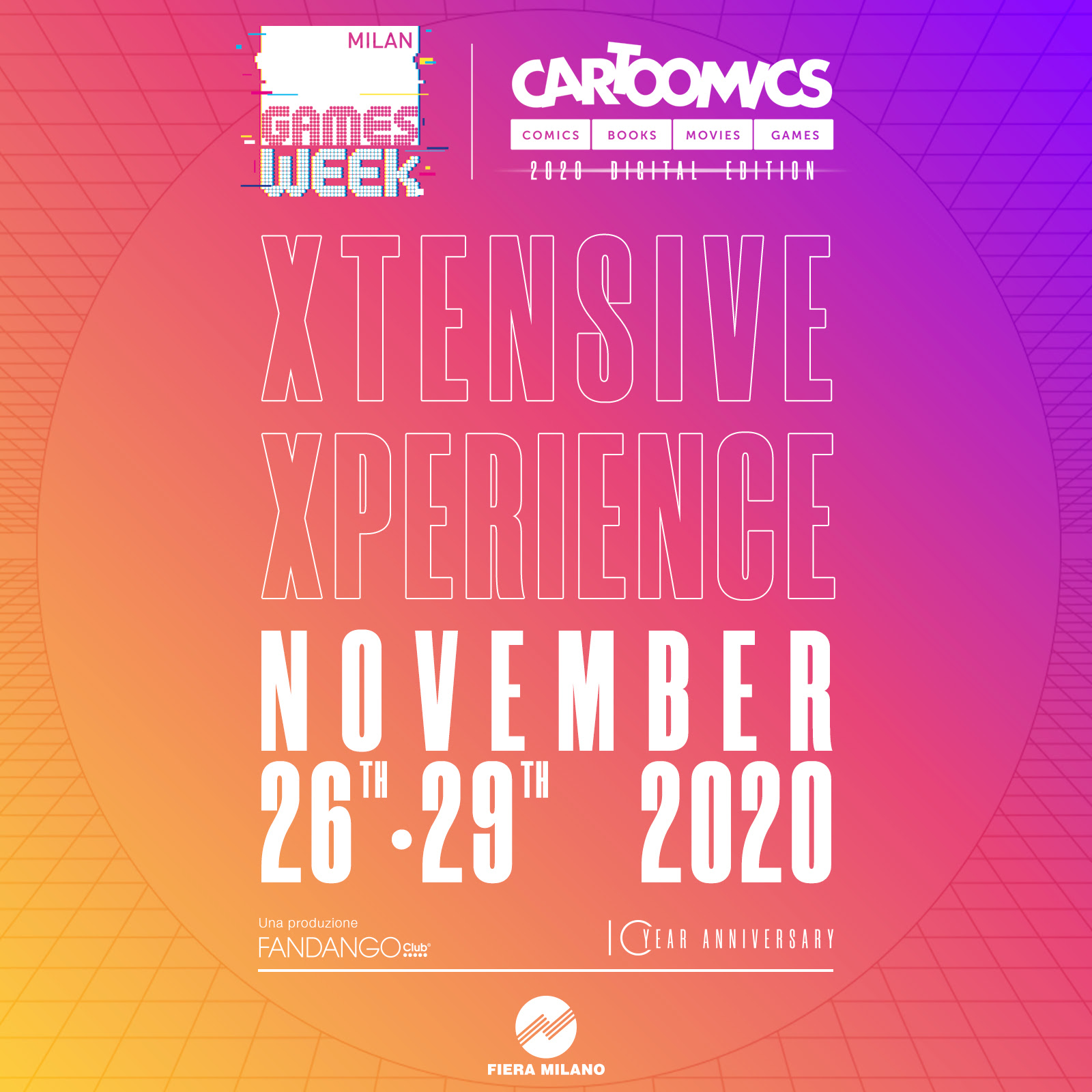 > Milan Games Week and Cartoomics have announced the details of the 2020 edition, which will be a hybrid between physical and digital event due to the dangers associated with COVID-19. MGW-X will be held from 26 to 29 November and will celebrate the tenth anniversary of Milan Games Week with an “Xtensive” edition.

It will be a digital show whose hub the Fiera Milano exhibition center in Rho will remain, but for the occasion it will become a real TV studio.

From here, in front of a very select and select audience, exceptional presenters The times of a schedule that will come to life on Twitch channels and on the site of Milan Games Week itself will mark.

The main Italian gaming event does not skip, therefore, in the year of the launch of PlayStation 5 and Xbox Series X for late 2020.

Singers, youtubers, cosplayers, creators and pro players, talks deepening with special guests, previews from the world of gaming, live concerts, tournaments, contests and Italian indie realities will be at the center of the scene.

Added to this is Cartoomics , with cosplay contest , film premieres, exclusive footage, panels and presentations with internationally renowned authors and designers and insights into the world of comics, graphic novels and genre literature, but also board games and roleplay.

access to this content will be free of charge on online channels. The appointment with the Opening Night is for Thursday 26 November with leaders of the international videogame industry and the top influencers, and with PG Esports which will launch competitive gaming tournaments.

Waiting for the next-gen news of Milan Games Week, PlayStation 5 already has its pages on Amazon Italy: t go to this address for future pre-orders for the standard edition, while here you can see the Digital Edition .