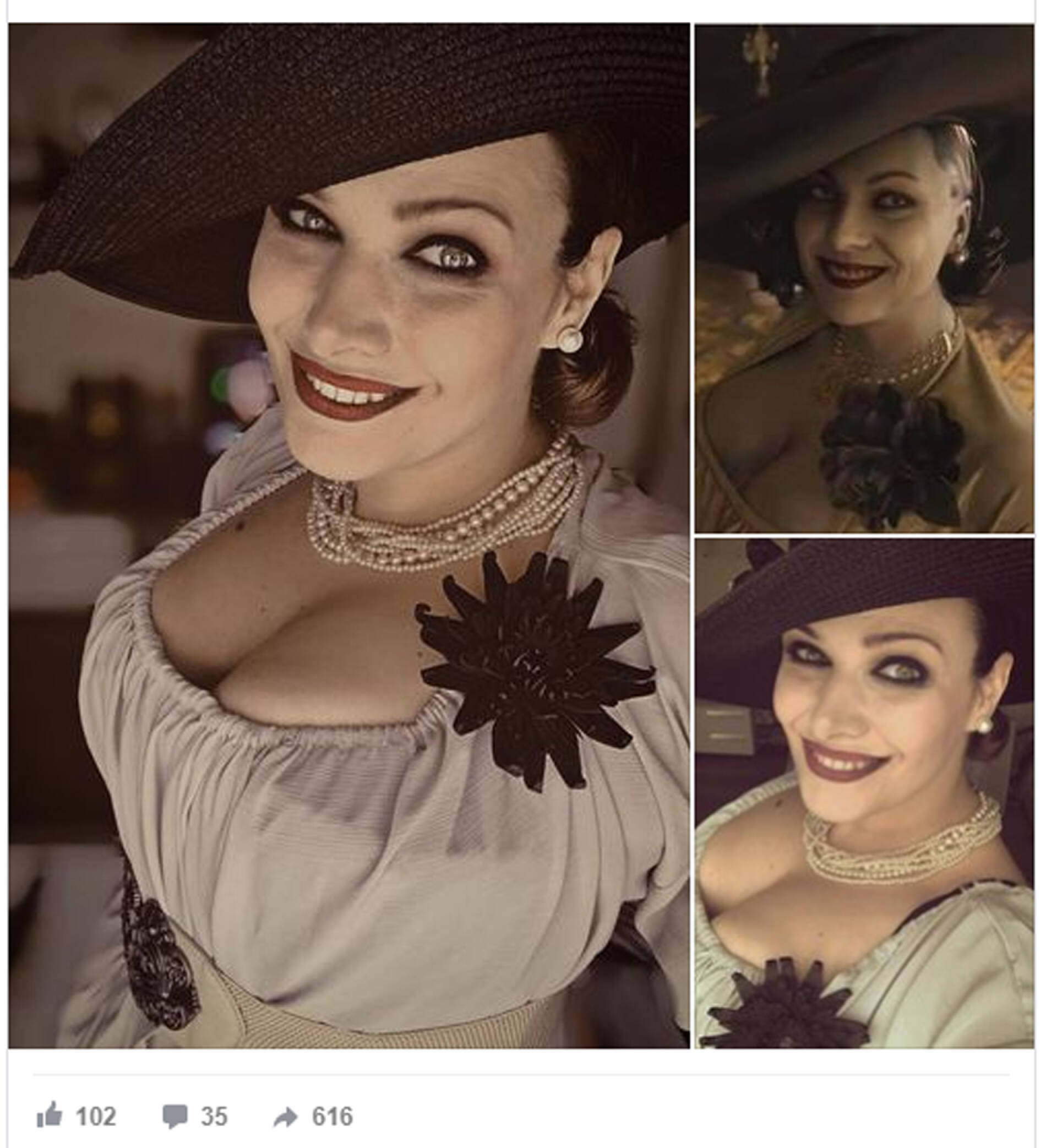 During the showcase dedicated to Resident Evil Village , held on January 21st, we discovered an avalanche of information on the eighth chapter of the Biohazard franchise, including the playable demo “Maiden” downloadable on PS5.

One of the “gems” of the presentation set up by Capcom, is definitely the Vampire Lady known as Lady Dimitrescu , the new and fascinating villain of the saga (more precisely, a vampire) represented by a woman with a particularly elegant appearance and with an extraordinary height.

It goes without saying that the character has given rise to a whole series of more or less hilarious memes, although now it is the turn of the first themed cosplay .

The work shown by the talented Sonia García Rhiwen, who recreated a practically perfect Lady Dimitrescu (considering also the remarkable similarity of the cosplayer with the original character). Just below, the images (complete with a comparison with the vampire Capcom):

Surely, it is a truly manic work, both in the look and in the simple clothing (also surprising the classy touch of the black flower pinned on the dress worn by Sonia). In short, it will be really difficult to do better.

But that’s not all: on our pages you will also find the ranking of the best and worst chapters of the Resident Evil saga!

Resident Evil Village , we remember it for those few who don’t know, it will also come in an old-gen version, that is to say on PS4 and Xbox One , at the same time as the already announced PS5, Xbox Series X | S and PC versions starting from next 7 May of this year .

The game will also be accompanied by Resident Evil Re: Verse , a new multiplayer mode that will draw heavily on characters historians of the franchise.

If you want to prepare for the next episode of the Capcom horror saga, we recommend that you get your hands on Resident Evil 7 . Don’t miss it!