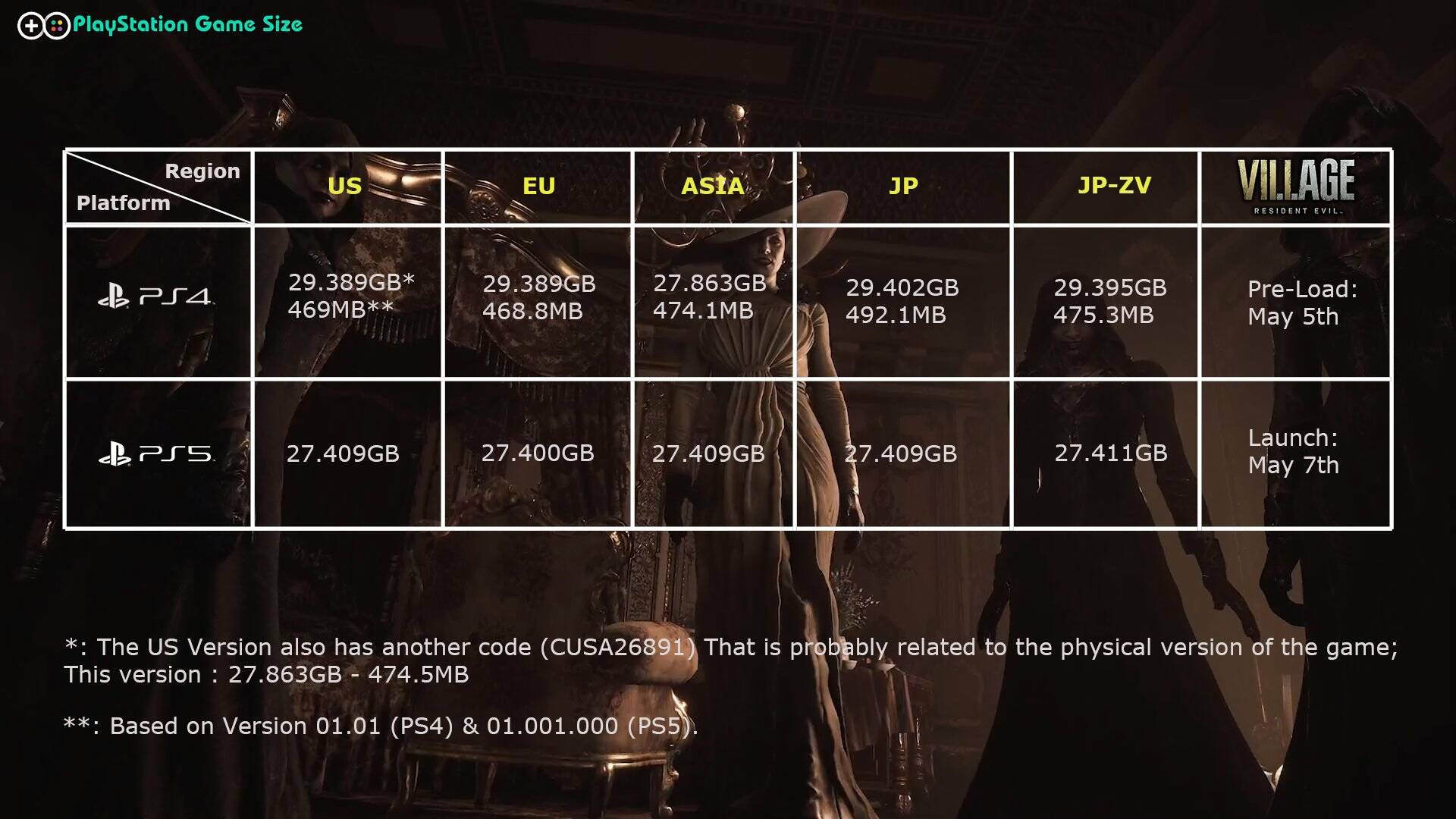 Resident Evil Village is the new chapter in the Capcom horror series, due out in just a handful days on old and new generation consoles, as well as on PC and Stadia.

After the arrival of the second demo dedicated to the Castle (readily analyzed on the pages of Gameshift ), players are ready for the debut of the real game, scheduled for next May 7 of this’ year.

Meanwhile, many are wondering how much space the game file will take up in its digital version. Now, the PlayStation Size account has recently published via Twitter the size of the Capcom title for the PS5 and PS4 editions.

Regarding the European version, on PlayStation 4 the game will occupy 29,389 GB / 469.8 MB of free space, while the PlayStation 5 console edition marks 27,400 GB . The preload will also be available starting May 5th.

From what it is possible to understand, therefore, it is not an excessive weight destined to inevitably fill the hard disk of your PlayStation consoles (which instead happens with a large number of other games).

We also remember that in the past few hours some players have found an interesting “connection” between Resident Evil Village and Resident Evil 4 , in particularly regarding an Easter Egg to a character much loved by fans.

But not only that: other particularly attentive players have instead discovered that some ideas of the eighth episode could come from the so-called Resident Evil 3.5 , the chapter “never born” which later became Biohazard 4 (which will return in a VR version of Oculus).

Finally, again on our pages, you will also find the interesting video comparison of the Castle demo relating to the PS4 and PS5 editions.

If you want to prepare for the next episode of the Capcom horror saga, we recommend that you get your hands on Resident Evil 7 .