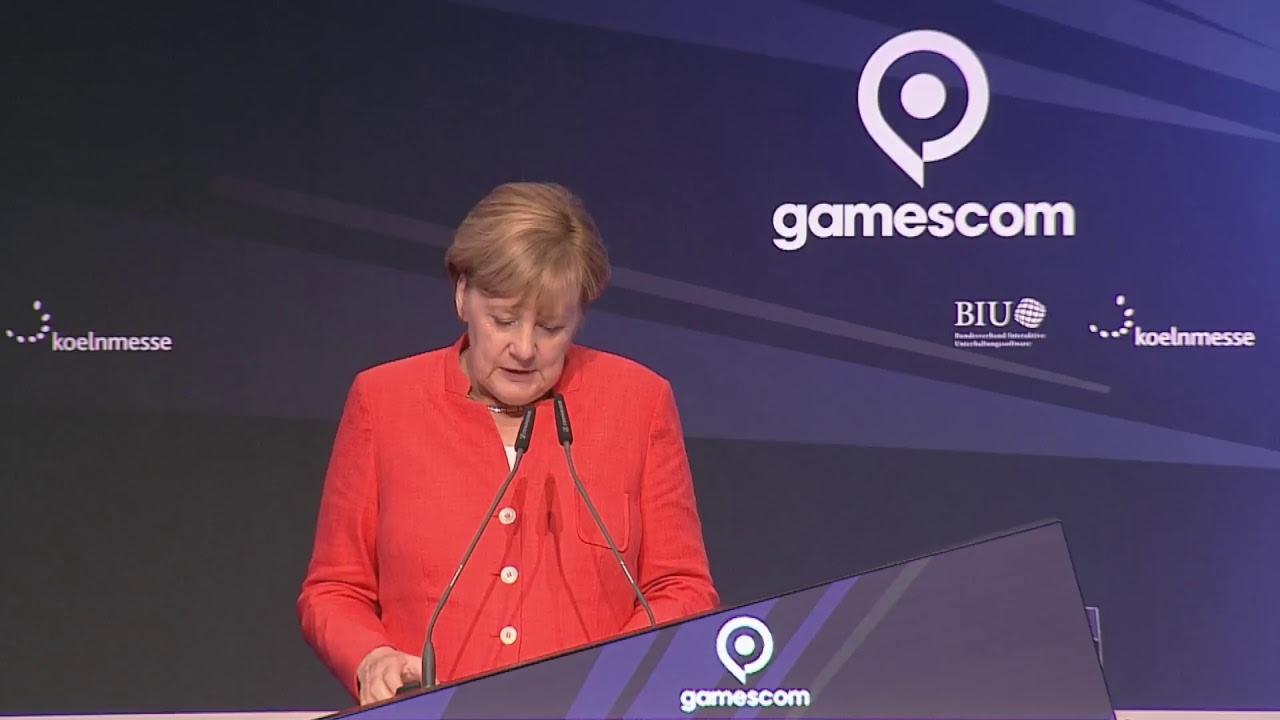 > Gamescom 2020 will be digital only, only the announcement of the organization is missing. Germany has in fact extended the ban on public events until 31 August 2020, term of a few games after the dates of the annual event.

The news was disclosed by the GamesWirtschaft agency, which deals with market surveys and analyzes related to the German gaming industry .

While a formal “reaction” announcement from Koelnmesse is missing, the body responsible for organizing the event, at this point, the shift to a digital-only format of the event seems obvious.

The organizers had recently taken time until mid-May before making a decision on the cancellation of the physical event in the city of Cologne.

They had already anticipated, however, that they would opt for an exclusively digital format in case of logistical problems related to the health emergency of COVID-19.

Chancellor Angela Merkel at the opening of Gamescom 2017

The event will be “undoubtedly held at least in a digital format from 25 to 29 August” , or the dates originally established, they had explained on March 31 by the organization.

Q his format would have foreseen, and at this point foresee, the strengthening of Gamescom’s online offer, which includes an expansion of the Opening Night Live produced and conducted by Geoff Keighley.

Other events of the sector have been postponed or canceled, and among these there is a real symbol of the industry such as E3 2020, which will not even be online.