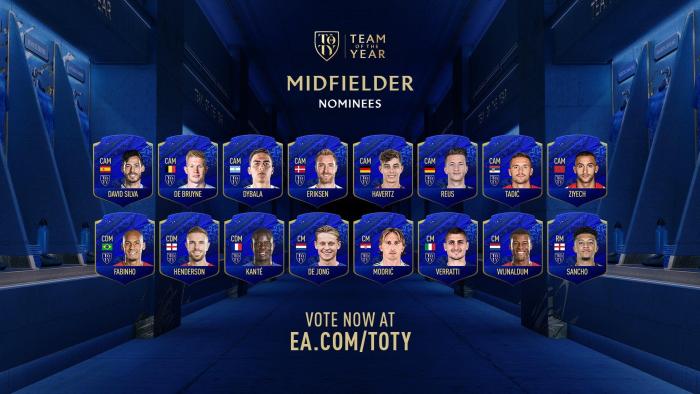 With 2019 ending in a few weeks, the time has come for one of the most anticipated moments of the FIFA community: the Team of the Year !

This year the FIFA 20 Team of the Year will be decreed by the vote of the fans, who will be able to choose their favorite champions from a list of 55 players nominated by EA SPORTS for their real performances in 2019.

There is also some Serie A: Cristiano Ronaldo, Paulo Dybala, Kalidou Koulibaly, Milan Skriniar, Leonardo Bonucci and Alex Sandro are in fact among the candidates.

Gamers will be able to vote online from today until December 20th and discover the Team Of The Year that will be unveiled in January, on the occasion of the release of the Player TOTY cards within the FUT packages for a limited period in FIFA 20 Ultimate Team.