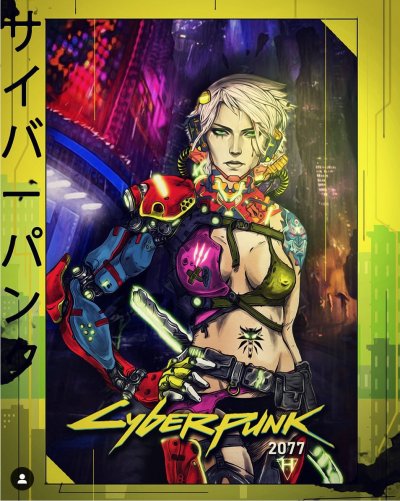 You’ve probably never wondered how Geralt and Ciri of The Witcher would look if they somehow found themselves catapulted to Night City, the setting in which the next CD Projekt RED video game will be set, Cyberpunk 2077 . On the other hand, the fan known as Hybra_art, who on his profile Instagram , shared fanarts in which he imagined both the Strigo and the lethal Cirilla in the cyberpunk universe of the game.

We find Geralt, duly dressed in a suit that bears the logo of the school of the Wolf, armed with a katana that should take him once again to cut the monsters – of whatever type they are , as he said in The Witcher 3 .

Ciri, on the other hand, has a decidedly more casual look, with few shapes to imagine and the addition of obvious tattoos, as well as the arm bionic right.

You like these reinterpretations fan- made by Geralt and Ciri in the world of Cyberpunk 2077 ?

We remind you that the game, which will put you in the role of the customizable protagonist V, will arrive on PC, PS4, Xbox One and Google Stadia April 16, 2020. In the past few hours, the developers have also talked about the possibility of getting the title to Nintendo Switch, declaring themselves interested but probably unable by the technical specifications.