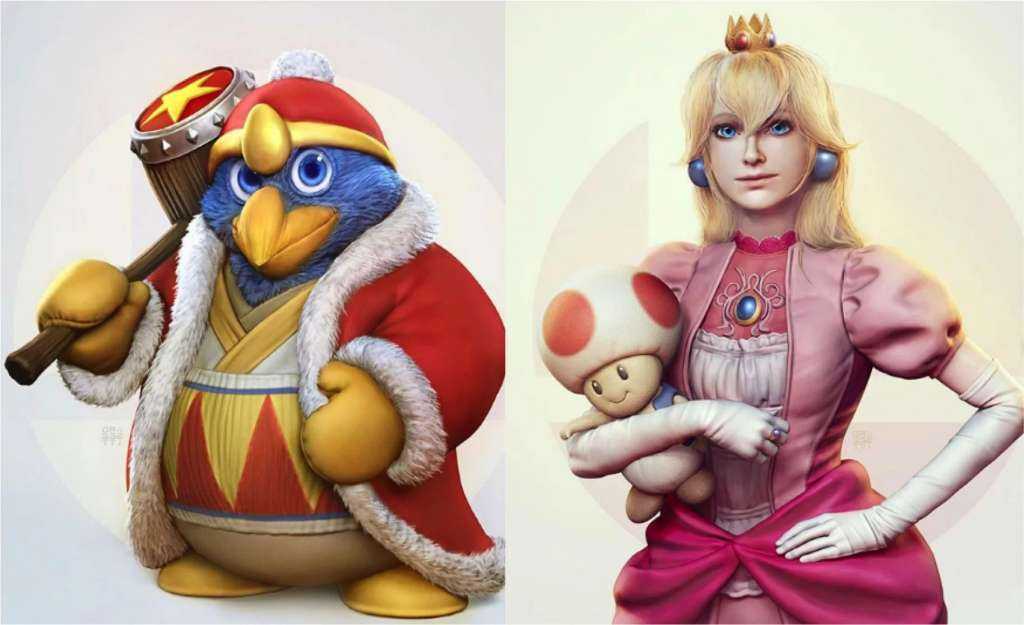 Have you ever wondered what the protagonists of Super Smash Bros. would look like if they were designed and modeled with a style closer to realism? Know that if asked Raf Grassetti , art director of God of War , who decided to devote his free time to imagine in his style some of the protagonists of Super Smash Bros. Ultimate . The results, from Yoshi to Peach, through Bowser (not the president of Nintendo of America, the other, ndr ) and Donkey Kong, deserve to be seen.

See, for example, Yoshi and Donkey Kong – pay attention to arrows that allow you to see different versions or video making of :

How do you look like Kirby and King Dedede?

Ganon and Link seem more determined than ever:

Could Samus be missing, in different variations? Obviously not!

How do you think these works by Grassetti? What effect does it show you some of Nintendo’s most famous characters under this guise?