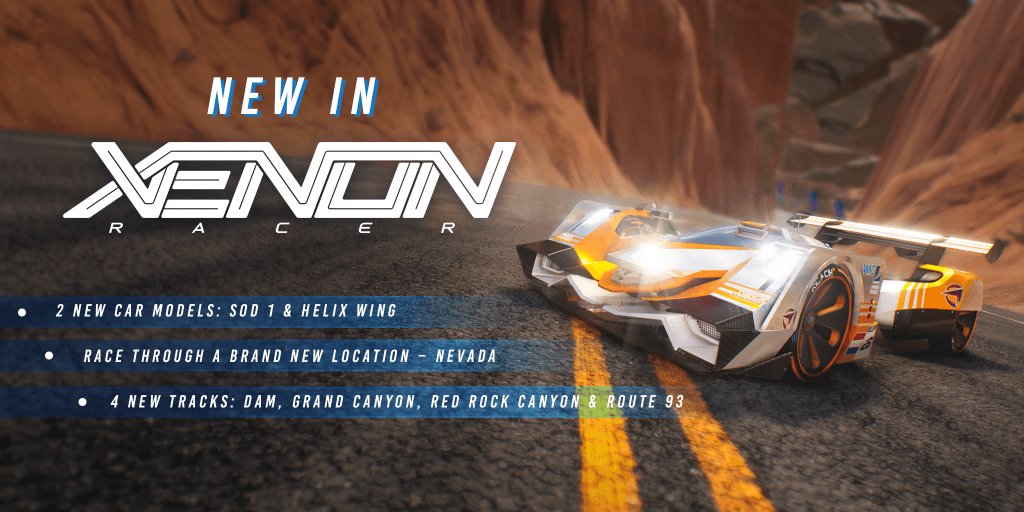 Players of Xenon Racer can now get their hands on a new free DLC available for the futuristic racing title signed by the Italian 3DClouds .

With a brief official note, the software house took stock of the news, announcing that, thanks to this downloadable content, it will be possible to play in a new region and take the lead of a completely new car .

“The new region will allow players to run through the dusty deserts of Nevada, on four new tracks, with the possibility of covering them even in” Reverse “mode ” explains the announcement.

These are the names of the four new tracks of the Nevada region:

“Besides all this a new car is available on Xenon Racer , the Helix Wing car of the Dutch team Helix This will give players the opportunity to choose between their normal and performance versions to set new records and climb online rankings “ adds the release.

Please note that Xenon Racer is currently available on PC, PS4, Xbox One and Nintendo Switch. For all further information on the game, refer to our dedicated card.