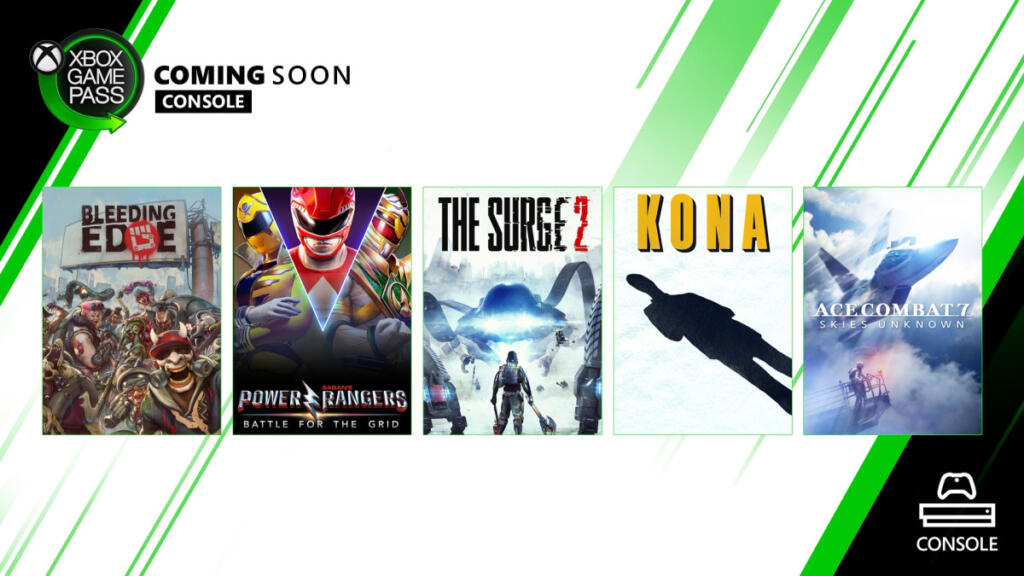 The Xbox Game Pass video game library continues to grow, which also for this month has put important arrows in the bow.

Subscribers on Xbox One will have the right to play, without further disbursements, several new video games: starting from March 19th , they will be able to get their hands on Ace Combat 7: Skies Unknown , new episode of the famous series dedicated to the racing cars of the skies. In addition, The Surge 2 and Kona will also be available from the same date.

Starting from March 24 , however, it will be the turn of Bleeding Edge, the awaited new production conceived for the competition signed by Ninja Theory. From March 26 , however, they will be able to get their hands on Power Rangers: Battle for the Grid .

Below, a summary mirror:

What about PC subscribers?

There are juicy news for Xbox Game Pass subscribers on Windows as well. Soon, the following will be available:

Xbox Game Pass is a subscription service, available on Xbox One and Windows, which allows you to pay a fixed monthly fee to access a library of video games on demand – which therefore do not require the single purchase. Imagine it as a sort of Netflix / Spotify video game, in which by paying the amount foreseen for access you can then play all the included titles. its first-party productions since day-one are always included in the library, underlines Microsoft.