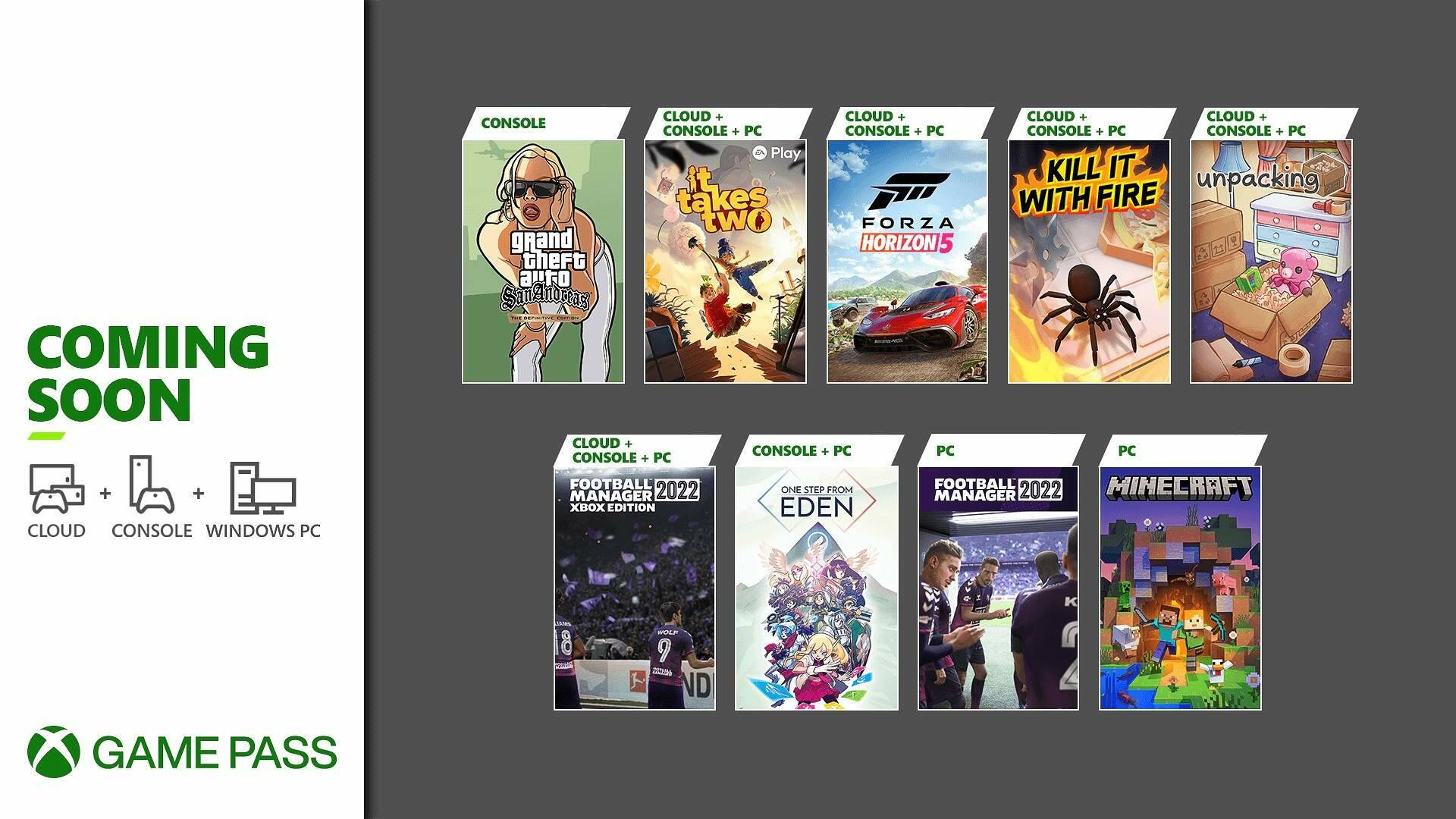 It’s only been a few hours since Xbox Game Pass saw the arrival of games at the end of October 2021 – including the very interesting The Forgotten City , born as a rib of Skyrim – that it is already time to see more coming.

A few minutes ago, in fact, Xbox officially confirmed the line-up of November 2021 for subscribers to its service, which includes many big names to play both its Xbox console , which on Windows PC , which simply in the cloud on the device of your choice .

The most prominent name is certainly Forza Horizon 5 , the highly anticipated new racing title that will be launched directly on Game Pass. To keep him company, however, we also find GTA San Andreas: The Definitive Edition , in the version revisited by Rockstar for the box set to be released this month.

With them, even the excellent It Takes Two , the cooperative title of Josef Fares, former author of the equally popular A Way Out .

The line-up, however, does not end there: from day one football lovers will have Football Manager 2022 , both in a version adapted to consoles and in a PC version, so sit on the bench team’s virtual reality will now simply be included in Xbox Game Pass.

Below, all the games:

There are also upcoming games that will leave the catalog . They will all be removed on November 15th and specifically we are talking about :

Xbox Game Pass is a subscription service that allows you to pay a fixed fee of € 9.99 to get on-demand titles that are always available on PC or console – including Xbox Game Studios releases. , since day-one.

Alternatively, with the Xbox Game Pass Ultimate subscription for € 12.99 you can have all the games on both PC and console, as well as having the possibility of the cloud to play them remotely on any device, including your notebook not at all for gaming, any tablet or your smartphone.

If you want to subscribe to Xbox Game Pass, check out the pricing on Instant Gaming.