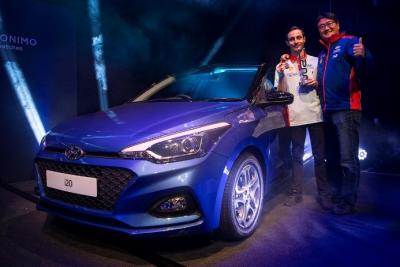 WRC eSports powered by hyundai has crowned its winner: with a press release, we learn that Lohan “Nexl “Blanc is officially the world champion for the second time.

After the twelve qualifying challenges that made up the season, the French rider graduated again champion after he had already had the laurel in 2017.

The tournament, organized by WRC Promoter and Bigen , saw in its final 9 of the best drivers in the world, who took up the challenge during the Rally of Wales last weekend.

These are the results of the qualifications:

These, instead, are the results of the final:

Despite the penalty of +9 seconds for having crossed the side line of the track, NEXL took home the title of winner, recovering in the following races and taking the lead over Jon Armstrong (+18 seconds) and Subee (+1 minutes and 02s).

Thanks to your victory, the world champion brought home a Hyundai i20 worth € 20,000, whose keys were supplied directly by Scott Noh, president of Hyundai Motorsport.

For all the details on WRC 8 , refer to our dedicated card.