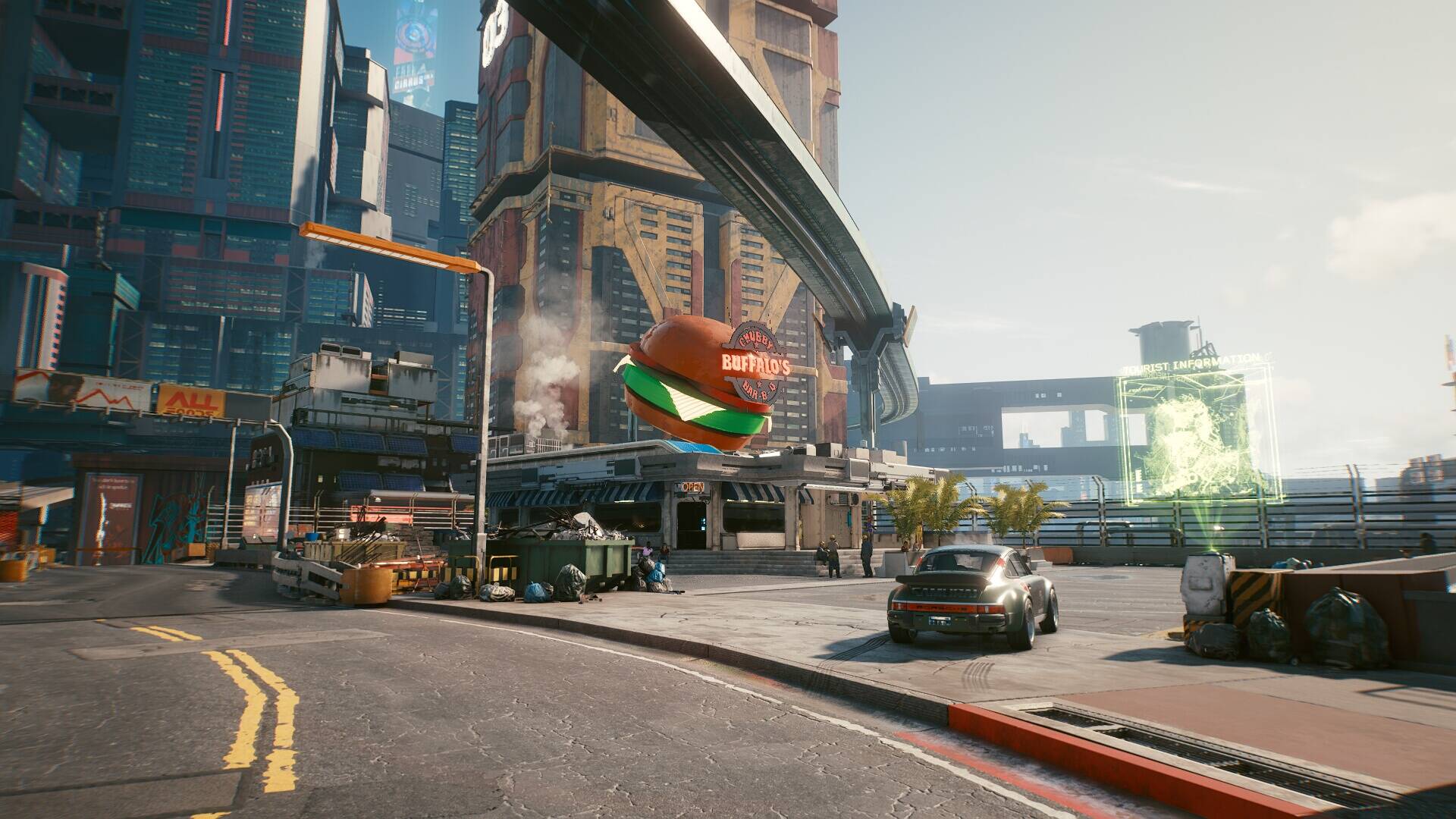 Cyberpunk 2077 has now been out for about a year, despite the launch being remembered by most for the numerous technical problems (including bugs, glitches and much more) related to the console version.

Although the PC version of the game was pretty good, the PlayStation and Xbox editions were on the verge of unplayable, despite the fact that over the months the release of various patches and hotfixes tried to remedy the situation.

Perhaps, also due to the fact that a large number of players have decided to fill Steam with positive reviews it seems that the game is making a comeback.

So much so that, in the hope of CD Projekt, there is precisely the one that the title can be re-evaluated, perhaps even after the arrival of the long-awaited versions for new generation consoles, that is to say PS5 and Xbox Series X | S. In the meantime, someone has decided to give life to “their” next-gen edition.

Now, as also reported by Wccftech , a new video in 4K shows Cyberpunk 2077 with the DLSS 2.3 implementation (strictly unofficial) along with more than 50 mods .

The now well-known Digital Dreams has in fact showcased the RPG developed by CD Projekt RED with DLSS 2.3, a large number of mods and with the most graphic settings high possible .

It goes without saying that in this state the game automatically becomes one of the most beautiful open-world games to watch ever, as evidenced by the video you find in the player below.

Cyberpunk 2077 has yet to make its debut on PlayStation 5, Xbox Series X and Xbox Series S: we’ll see if the technical quality and not only will get close to that of PCs high-end , actually quite high on its own.

This week, CDPR has confirmed in any case that new versions of the game are on track for a release in the first quarter of 2022 and are currently being tested.

We also remember that Cyberpunk 2077 had promised a multiplayer mode before launch, only to decide to discard it, although one of the latest patches would have revealed that the feature would be almost ready.

Finally, CD Projekt RED President Adam Kicinski discussed plans for the game’s next patches in the coming weeks (two of which will be very important indeed).

Do you want to recover another CD Projekt masterpiece? Don’t miss the Game of the Year edition of The Witcher III Wild Hunt , available at the best price on Amazon.