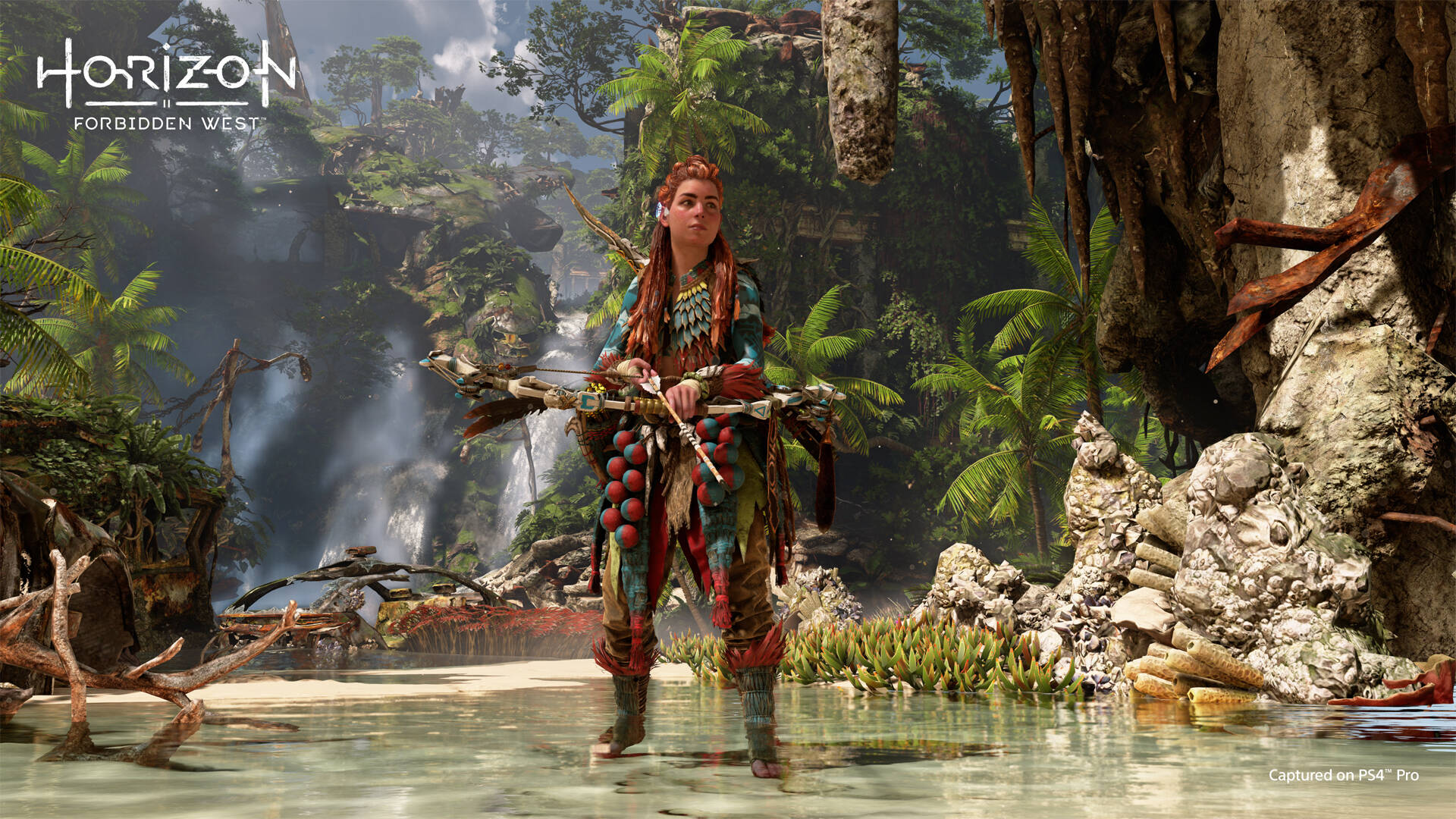 Horizon Forbidden West is undoubtedly one of the most anticipated PlayStation titles of this early 2022, out on both PS5 and on PS4 (and PS4 Pro) .

The first chapter on PlayStation 4 has indeed left its mark, proving to be one of the most beautiful titles to see in 2017.

And if during The Game Awards 2021 a surprising new video showed the game in its PlayStation 5 version, it is now the turn of the first gameplay video related to the old-gen edition .

The first screenshots had already demonstrated the quality of the PS4 version, but apparently the movie will agree a little ‘everyone.

Via PlayStation Blog , Guerrila has indeed released some video fragments of the PlayStation 4 edition of the game, as well as the announcement that the game has finally entered the Gold phase .

In the clips it is in fact possible to admire Aloy’s new adventure on PS4 and PS4 Pro, a version that – at least from this first preliminary glance – does not seem to suffer from who knows what serious shortcomings.

Below is a short video showing the Utaru tribe of Plainsong , lands heavily affected by the mysterious red rust.

A little below, however, it is possible to admire a fight with the Clamberjaws , a dangerously agile enemy that will keep us on our toes when we meet them in the wilderness.

Finally, the latest clip released by the development theme reveals a meeting between Aloy and the Bristleback – shown in the announcement trailer – worthy adversaries especially when they find themselves attacking in a pack .

Finally, via Twitter the Guerrilla Games team has also released four new screenshots taken directly from the PS4 console version of the game.

Today we’re also giving you a first look at gameplay and screenshots taken on PS4 Pro!

Head to the PlayStation Blog to see more: https://t.co/3s523OMBem pic.twitter.com/JqGlevaLCD

Remember that Horizon Forbidden West promises to be a title that will further expand the gameplay of its predecessor, ensuring a truly amazing gaming experience .

Finally, if you would like a general review, our Stefania Sperandio has summarized the whole story of Horizon Zero Dawn waiting for the new adventures of Aloy from Forbidden West .

Have you seen how beautiful Horizon Forbidden West looks on PlayStation 4? You can order it on Amazon at the best price!