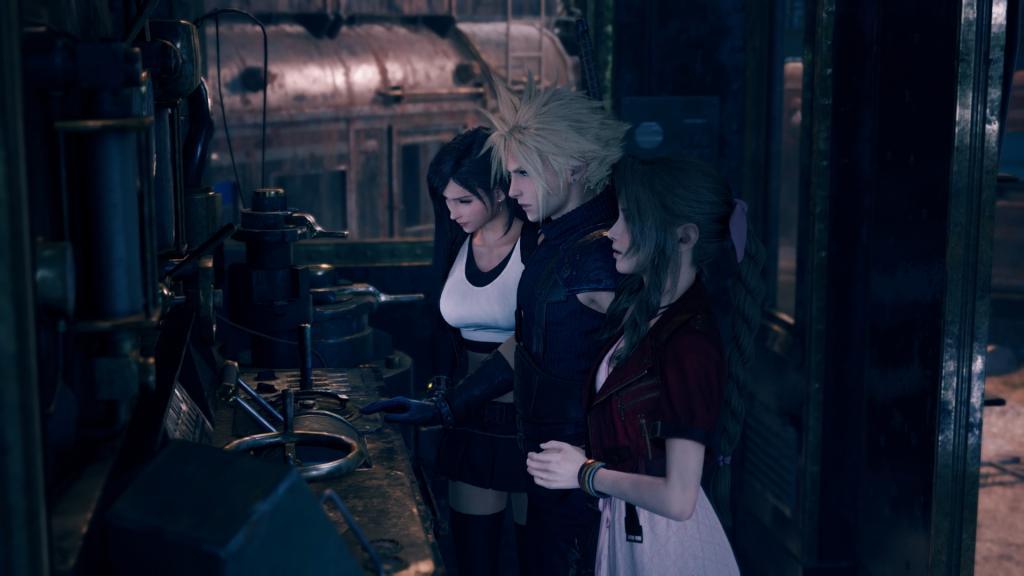 > The official debut of Final Fantasy VII Remake is just a few days away, and with Square Enix which has anticipated that it is not willing to anticipate the digital release of the game despite the logistical problems caused to retail distribution by the health emergency (with some copies already in the hands of the players a full week after the release), we can have some fun with the trailers dedicated to the protagonists of the game .

On the social channels dedicated to the game, in fact, the developers have released some mini-videos that introduce us to the heroes with whom we will have to deal during our journey.

Cloud is thus presented to us as «ex First Class SOLDIER. After deserting Shinra, he starts working as a paid mercenary in Midgar. With his trusty sword in hand, he always completes his work. »

Former First Class SOLDIER. After defecting from Shinra, Cloud begins work as a mercenary for hire in Midgar. With his trusty broadsword in hand, he always gets the job done. # FF7R pic.twitter.com/ywqXkGfkdX

By Barret , however, we read that he is “leader of the known anti-Shinra militant group like Avalanche. He is animated by a burning hatred for Shinra, a company that according to him is destroying the planet. His right arm has been changed and is now a firearm that allows him to attack enemies even from long distances. »

A faction leader of the anti-Shinra militant group Avalanche. Barret is filled with a burning hatred for Shinra, a company he claims is destroying the planet. His right arm has been modified into a firearm, allowing him to attack enemies at long range. # FF7R pic.twitter.com/ABjimZ5awF

Di Tifa we learn that he is “a member of the anti-Shinra Avalance militant group, he manages Seventh Heaven, a bar located in the slums of Sector 7. Martial arts student in the style of Zangan.”

A member of the anti-Shinra militant group Avalanche. Tifa manages Seventh Heaven, a bar located in the Sector 7 slums. A student of Zangan-style martial arts, she can clobber opponents with her fleet-footed combat techniques. # FF7R pic.twitter.com/w4Dhfclnhb

Finally, Aerith is presented to us as a “florist who lives in the slums of Sector 5, has been under the surveillance of the Shinra for her entire life because of her unique background. He is capable of feeling the life force of the planet and offers magical support to his companions. “

A flower peddler living in the Sector 5 slums, Aerith has been under Shinra surveillance all her life because of her unique background. Capable of sensing the planet’s life force, she offers magical support to her comrades. # FF7R pic.twitter.com/WG3n5Aw0pS

Final Fantasy VII Remake will arrive on April 10 on PS4 . In recent days we have also talked about the more action approach to the combat system, which will be a hybrid with traditional shifts, bringing back the developers’ statements. In addition, for those who are not afraid of any anticipations from the new contents, there is also the launch trailer.