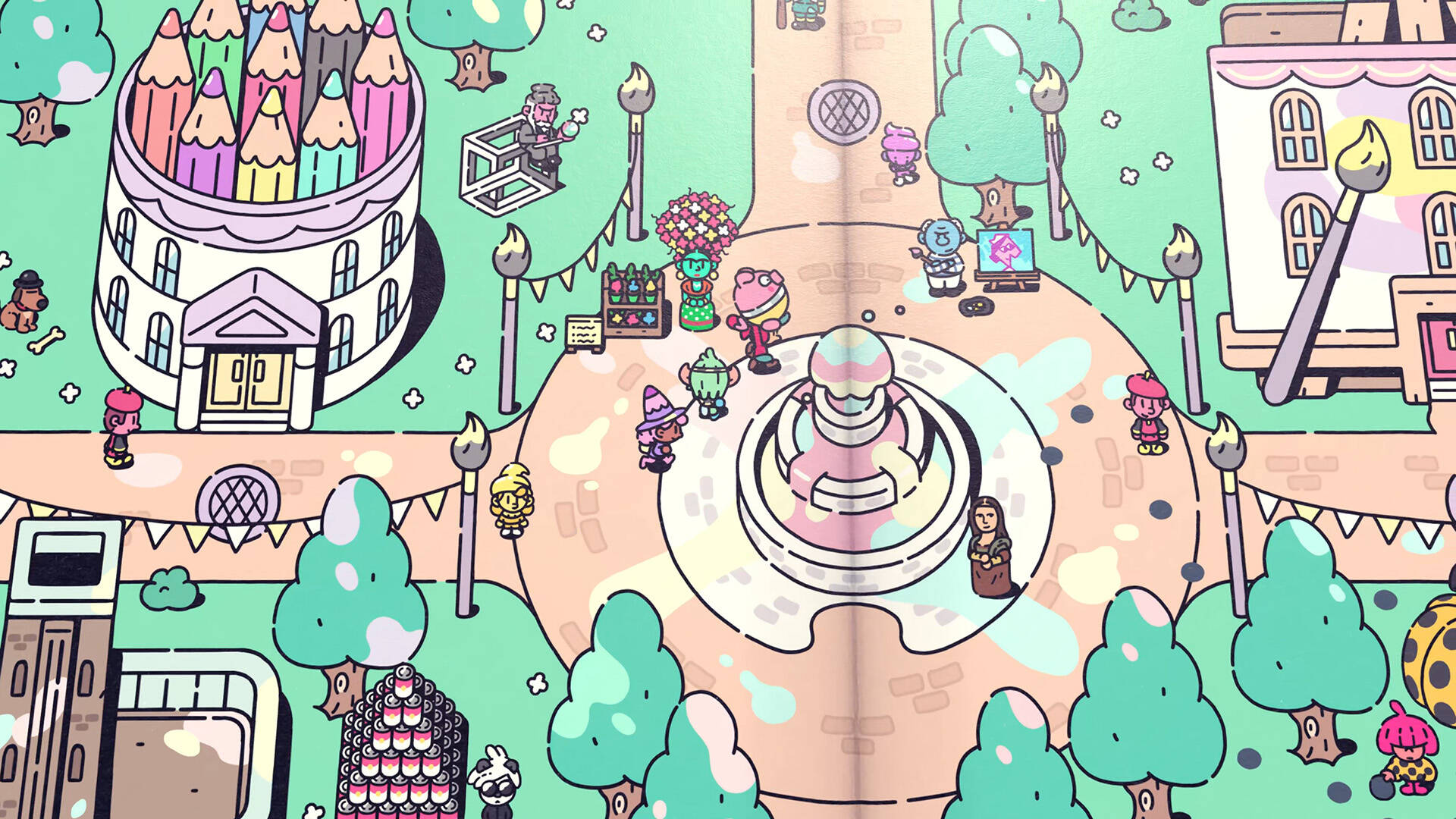 When we see events like the Summer Game Fest, one thing we all hope for is to discover some little new gems to add to the list of those to keep an eye on. This is certainly what happened with The Plucky Squire , presented during the crazy Devolver Digital conference and which we talked about in the summary of the event.

For the past two days, the Net has been talking about this interesting project, signed by none other than James Turner and his studio All Possible Futures .

If the author’s name doesn’t sound new to you, it’s because Turner has worked since 2003 at GameFreak – the team behind the Pokémon saga – where he quickly made a name for himself as art director and designer of the animals, before officially leaving in 2022 to open his own studio.

Indeed, the art direction of The Plucky Squire recalls the style of Turner, with the cheerfulness, the deformed and the cartoon soul being particularly evident.

The game, we remind you, puts you in the shoes of an adventurous squire who will experience adventures capable of suddenly passing from 2D to 3D , passing from a book and its illustrations to common objects in the room you have around you.

Considering the attention that the game has been receiving since the announcement, it will be very interesting to follow it until its debut , set by Devolver Digital in a generic 2023 per hour. The platforms for which it is intended are PC, PS5, Xbox Series X | S and Nintendo Switch.

Speaking of adorable games, we recommend that you also take a look at the latest news related to Planet of Lana , which after attracting the attention of fans at E3 2021 is back to be seen and should arrive later this year.

Regarding Pokémon , on the other hand, GameFreak is now busy with Pokémon Scarlet and Violet (you can book it on Amazon), which will arrive in the course of next November and which will propose for the first time full open world dynamics, as we told you in our article-river.