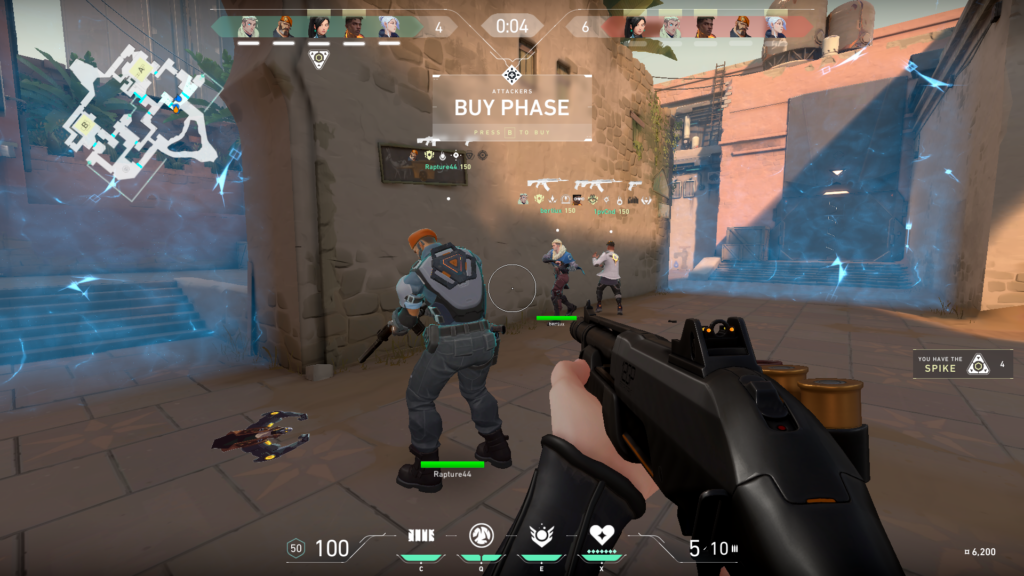 > After the closed beta that has been going on for a few weeks, Riot Games has announced that it is ready to start its ambitious Valorant , a competitive online video game that wants to launch the gauntlet to giants like Counter-Strike: Global Offensive and Overwatch. The company has in fact revealed that starting from June 2nd the final version of the game , while the currently closed closed beta will close on May 28th. There will therefore be a few days between the closing of the test version and the launch of the final edition.

With a strong focus on performance, Riot has also confirmed that he intends to add more game servers, to reduce latency as much as possible: future ones will arrive in Atlanta, Dallas , London, Madrid and Warsaw.

Furthermore, it has been confirmed that those who participated in the closed beta “will be able to start again from scratch, following the same line of progression as the other players in the world.” A way to level the challenge once everyone starts from the same way, in short.

We at Gameshift have thoroughly tested the interesting free-to-play 5v5 by Riot Games: find our impressions in a rich video preview, in which we were impressed by the gameplay focused on player skills and technical performance guaranteed by the servers that Riot relies on.

Recently, Valorant has become a phenomenon in the culture of players also because many Professional gamers have announced that they now want to concentrate fully on the competitive scene of the Riot game. Are we at the dawn of a new lasting phenomenon of gaming? There are just a few weeks left to witness his debut and find out.