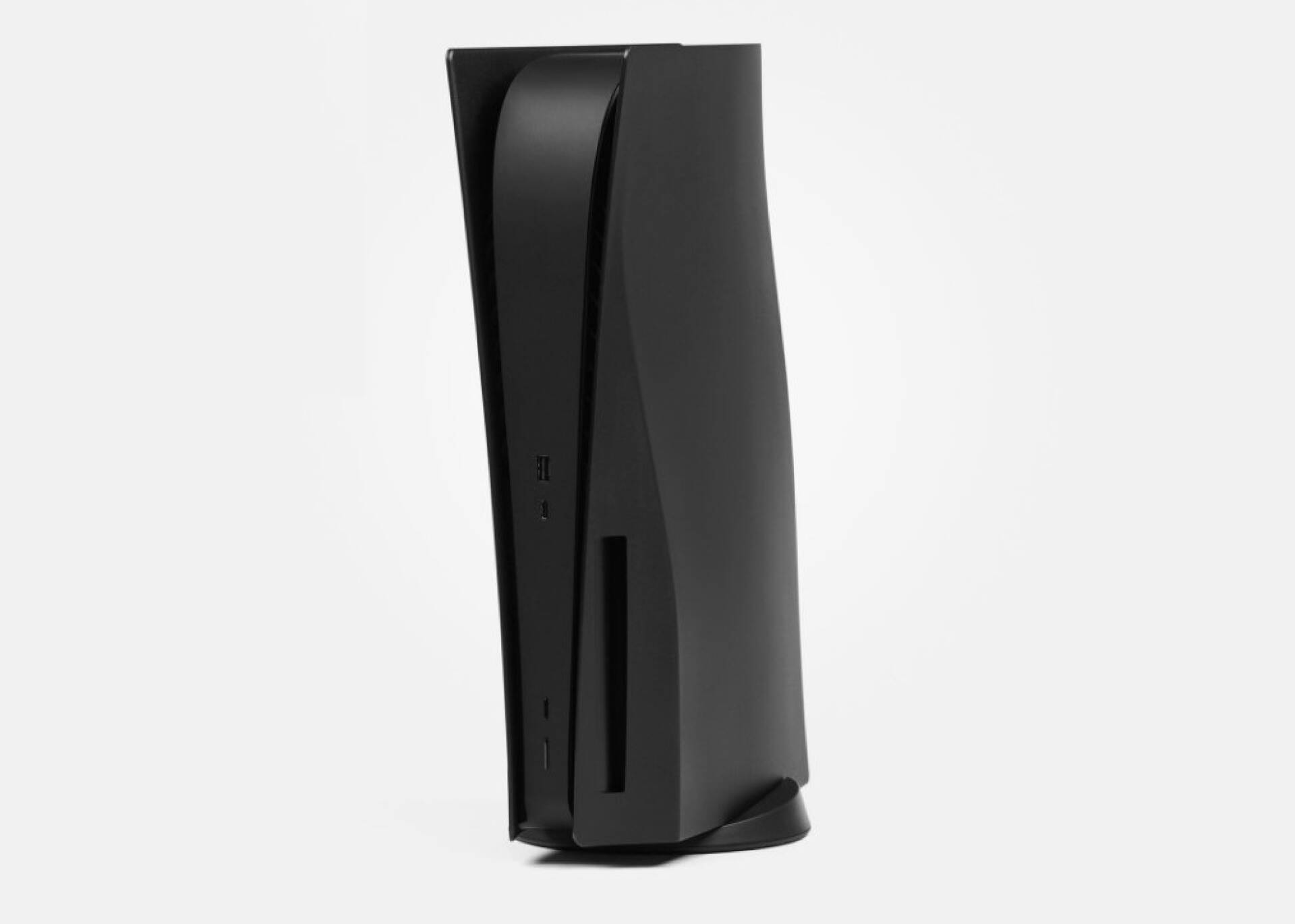 Ever since the PlayStation 5 saw the light, with its decidedly breaking design, a part of the community has wondered: but why not black?

The console with its imposing white body, built on the contrasts with the dark central part, in fact, did not win everyone’s heart – and many were only consoled when they learned that the shells are completely removable.

This means, for example, that someone has thought of painting on them, interpreting them as a white canvas on which to indulge themselves, while others have tried to paint them black themselves, but with not exactly exciting results.

Others, like Dbrand , have built a business for us: if you want the black body, simply buy it from us.

The company put on sale entirely black and opaque shells, very popular with the community, however without any agreement or authorization from Sony. For this reason, when his products were put on sale, he accompanied what sounded like a teasing to the Japanese giant: «let them sue us» .

So read the page of presentation of the product and apparently, a few months later, Sony decided to take it literally , as it went legal . Or, at least, for the first steps of legal action .

In these hours, as reported by The Verge , Dbrand has in fact stopped the sale of its “Darkplates” for PS5. The reason? The company has received a letter of cease and desist from Sony: it is a formal letter that warns a party deemed harmful to its behavior and invites it to stop. If this does not happen, the letter turns into a full-blown legal proceeding.

Upon receiving this communication, Dbrand has decided to remove the product from sale.

In the letter, it should be noted, Sony emphasizes above all how the company’s products took the registered and protected design of the PS5 shells without holding any authorization, complete with reproduction of the symbols of the iconic PlayStation buttons.

However, The Verge points out, Dbrand would have made it known that it has agreed to cease the sale «for the moment» , while it is not clear if in the future he will try to find a way to still be able to sell customized shells, perhaps altering their design in some way and avoiding reproducing the PlayStation logo.

For those who like to delve into legal quibbles, there’s an entire post on Reddit on behalf of Dbrand, which frankly doesn’t sound like the most professional thing we’ve ever read, considering it wonders. also “how the f ** did Squid Game get to use Circle, Triangle and Square?” without consequences – since the reproduction in their PS5 shell is the basis of the letter of cease and desist, although these symbols had been customized somewhat.

We’ll see if and how this will evolve in the coming weeks: for now, anyway, if you want a black PS5 , the no Our recommendation is… wait for an official one, considering that the results of home customizations can be disappointing and that Dbrand has other concerns at the moment.

It is also true that at the moment the difficulty is not in finding a black PS5, but in finding a PS5. But that’s another problem that hopefully could see the situation improve now that Sony is experimenting with its own virtual reservation queue, at least in the US.