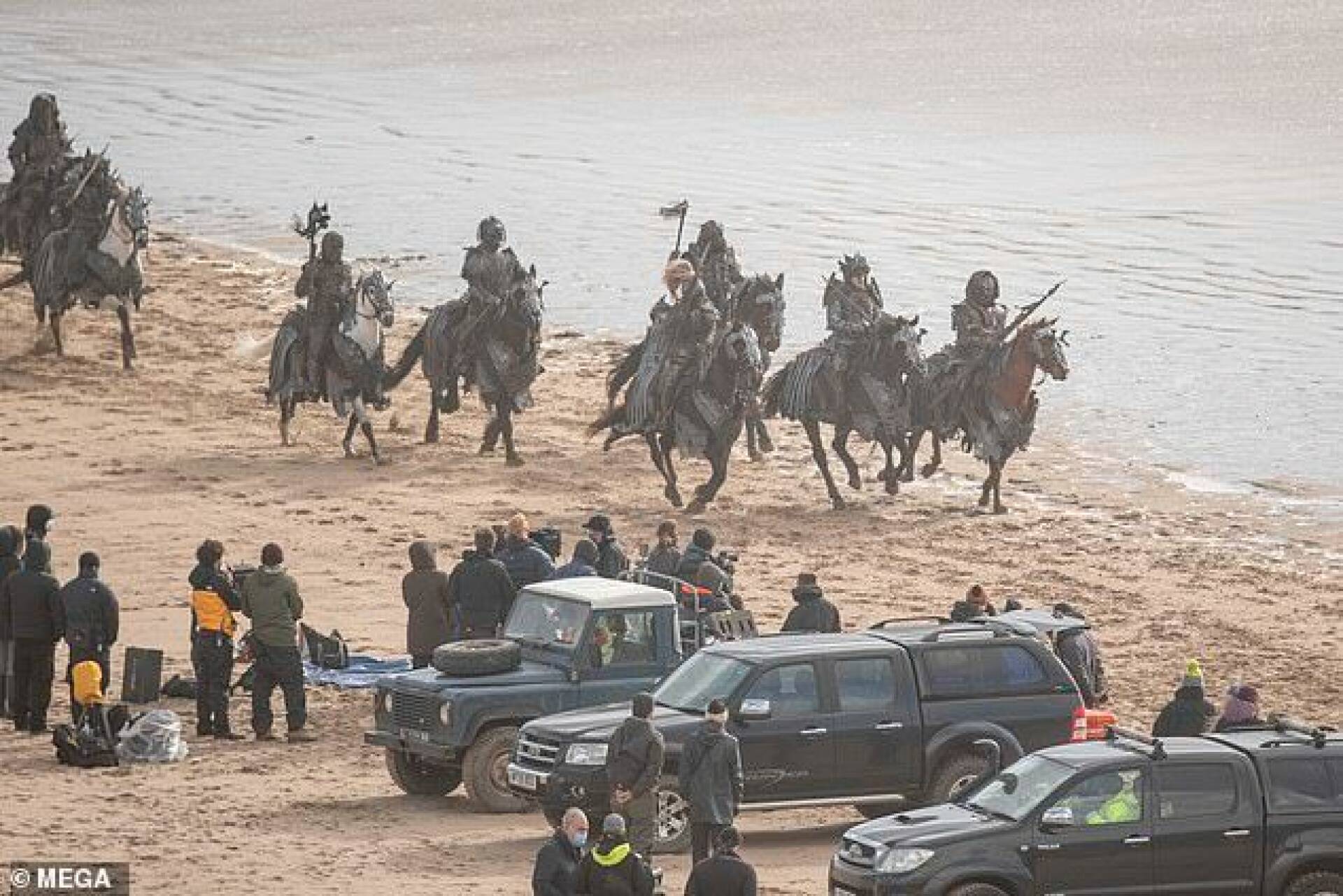 New photos from the set anticipate that The Witcher Season 2 will debut the Wild Hunt.

The images come from North Devon, UK , and specifically from a beach – Saunton Sands – where filming is taking place for the second season.

The shots themselves are not particularly defined but what we see is quite unequivocal, although some might have imagined that the authors played this card further down the line.

There are in fact knights harnessed at all points , together with their steeds, in a very similar way to what is seen in video games ( The Witcher 3: Wild Hunt , above all) and described in the books of creator Sapkowski.

The new photos were taken by Mail Online they seem to depict the Eredin crew on a ride to an unknown destination.

« The actors were prepared to shoot an intense battle scene while holding their spears and swords high and their horses running off “, the report reads.

While the knights wear creepy helmets that cover their faces, there is one with an uncovered face who seems to be the leader ( perhaps Eredin himself ).

Redenian Intelligence , a site specialized in the saga, confirms this report and adds that Henry Cavill – protagonist as Geralt of Rivia – would have been spotted on the same set.

It is therefore not excluded that the Wild Hunt is involved in The Witcher 2 but also that it may have a first contact with Geralt .

Recently, however, the entire Season 2 cast was revealed and Netflix was evidently good at disguising it.

While working on a new season, confirming the ambitious plans for the brand, there is already a prequel spin-off in the pipeline, with a prestigious new entry among the actors involved.

Are you a fan of fantasy adventures? If so, you should take a look at The Witcher 3: Wild Hunt on a special offer for Nintendo Switch