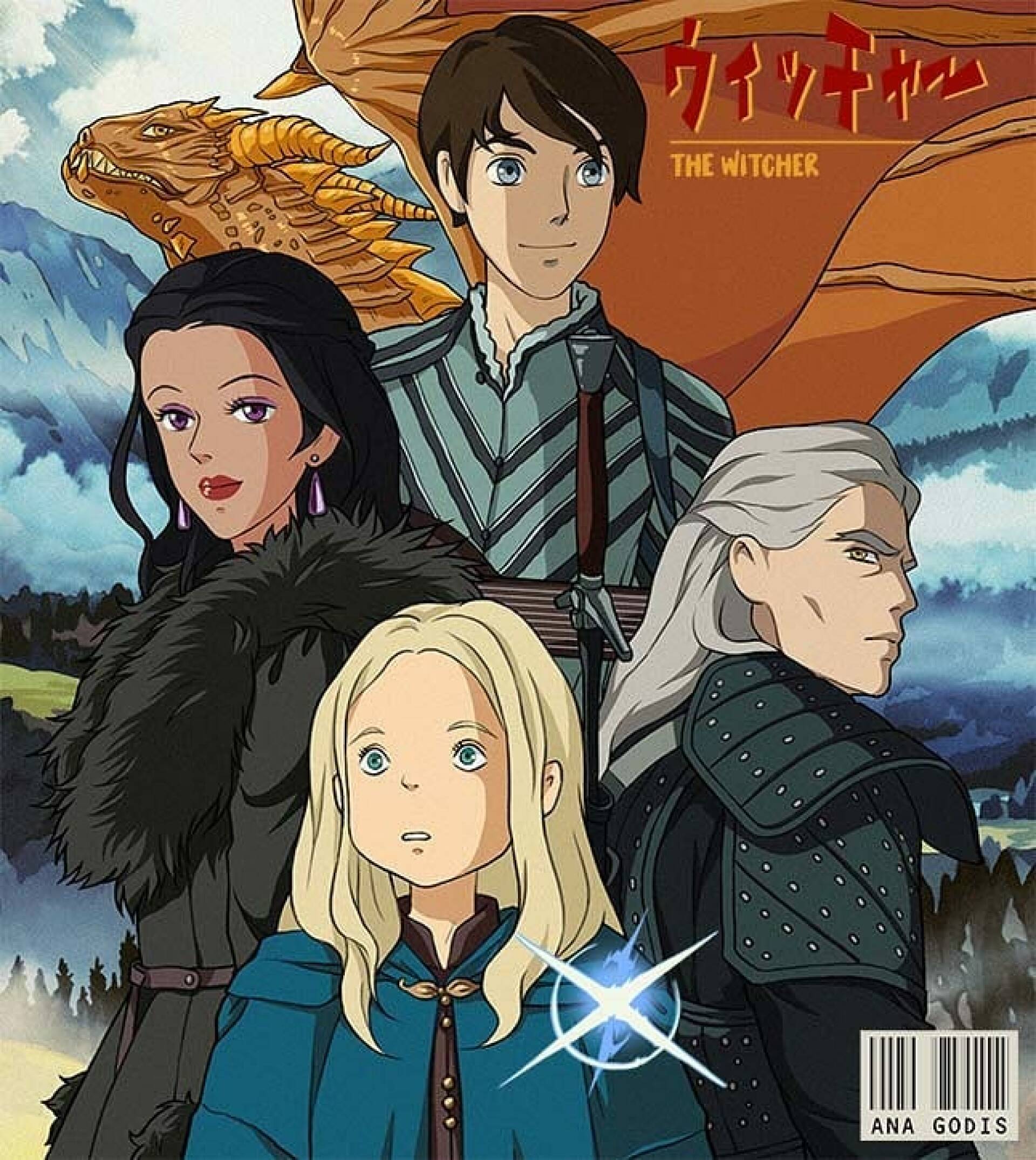 Filming for the second season of the series The Witcher , coming soon to the Netflix catalog, has finally arrived in conclusion, although at the moment the show still lacks an official release date.

Waiting to find out when we will see Geralt of Rivia in action again, someone has well thought of transforming the protagonists of The Witcher as if they had come out of a work by Studio Ghibli .

Ukrainian artist Ana Godis (here her official Instagram profile) has in fact imagined Geralt, Yennefer, Ciri and Jaksier with a Villentretenmerth dragon in the background, perfectly recreated in the style of the master Hayao Miyazaki (author of legendary works such as I my neighbor Totoro or The enchanted city . Find the suggestive poster just below (via SR).

Read also: Will The Witcher 4 be made? With CD Projekt’s change of strategy, the answer is positive

Unfortunately, this is just a fan art that will never become an official feature (or series). In any case, fans must wait for the animated film The Witcher: Nightmare of the Wolf : according to information released in recent weeks, Geralt of Rivia will not be the protagonist, leaving space for Vesemir , mentor of the White Wolf and one of the patriarchs of Kaer Morhen.

Also not to be missed is the spin-off The Witcher: Blood Origin, set 1200 years before Geralt of Rivia and which will tell the birth of the first Strigo.

In the cast of the second season dedicated to The Witcher we will once again find Henry Cavill in the role of Geralt, Anya Chalotra as Yennefer, MyAnna Buring as Tissaia, Mimi Ndiweni as Fringilla, Therica Wilson-Read as Sabrina and Millie Brady as Princess Renfri.

The series is due out on the Netflix catalog in the course of 2021.

If you want to retrieve the most recent chapter in Geralt of Rivia’s video game series, you can make your The Witcher 3 Wild Hunt for Nintendo Switch now, also on offer on Amazon!