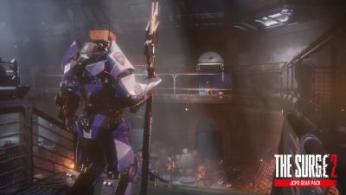 If you wanted new extras for your trip to The Surge 2 , we would like to inform you that the free DLC known as JCPD Gear Pack . As explained by the developer Deck 13 and the publisher Focus Home Interactive in an official release, thanks to this DLC you can get your hands on a new armor set and on four new unique rigs .

In particular, inside you will find:

The DLC is available on PC, PS4 and Xbox One – just like the game. Future DLCs will all be included in the Season Pass , which in turn is available on all platforms. In addition, the DLC The Kraken , due out in January 2020, will see forty-eight hours of early access for Season Pass holders.