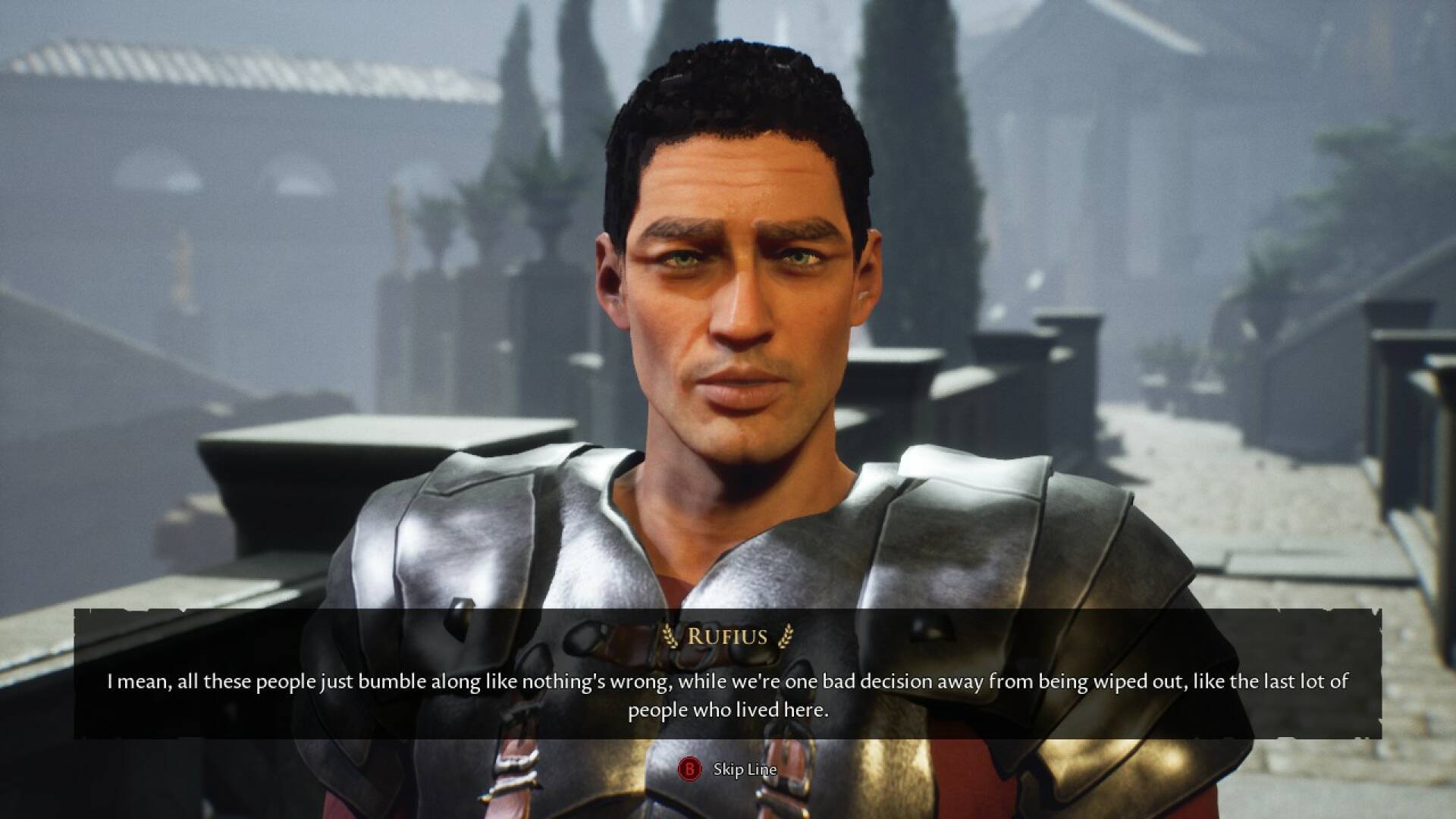 A Skyrim mod has become so popular over the months that it quickly became a game in its own right. : we are talking about The Forgotten City .

The original fifth chapter of The Elder Scrolls , also available on the Switch console, has had truly amazing support from modders since launch day.

It is therefore not surprising that in July of this year The Forgotten City landed as a standalone title downloadable by all.

After all, on Gameshift our Stefania Sperandio already told you a few weeks ago about everything that conquered her about this atypical “sequel”.

Now, as also reported by GamesRadar +, The Forgotten City is now also available on the Nintendo Switch console, as a title to play only and exclusively in cloud gaming .

The game is in fact available on the eShop of the Nintendo hybrid console at a cost of $ 29.99 , but if you want to try it first hand, know that there is also a free demo .

Just keep in mind that, since the Switch version is cloud-based, you will need a good internet connection to play it (to enjoy a smooth and smooth experience).

Remember that The Forgotten City tells a story never seen before, with graphics and game mechanics taken directly from the original Skyrim .

Set in a real city during the years of the Roman Empire , the player will be asked to find out who transformed every human being into statues of gold in an underground citadel based on the ancient Dwemer ruins .

Being – in fact – a mod of Skyrim , the similarity is obvious, since you can play subjective with the majority of the gameplay centered on the dialogues and on the choices .

The Forgotten City has also been available since last July on PC, Xbox One, Xbox Series X | S, PlayStation 4 and PlayStation 5.

Speaking of the classic Skyrim , you have seen that someone has rolled up their sleeves and turned it into a real game of 2021?

And that another player has instead decided to turn the fifth chapter of the Bethesda saga into a next-gen title thanks to Unreal Engine 5?

Finally, at Gameshift we have included Skyrim – and more – in our list of the best open worlds, full of timeless masterpieces.

If you prefer to play The Forgotten City on PC, you can take advantage of this promotion on a gaming notebook on Amazon.