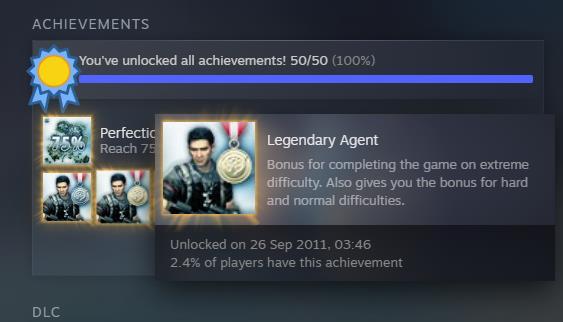 At this time, Steam users are confronted with the launch of the beta of the new library of your games in the digital catalog, which as was anticipated some time ago brought several new features in the interface. Apparently, however, the latter are not reserved only for how your games are shown and cataloged, but also to the Achievement that you have achieved in them.

As reported on Reddit , in fact, it seems that now the rarest achievements are highlighted by a golden track to surround them: there is still no certainty, but to as it turns out from the statistics, for now, it seems that this glow is reserved only for the objectives unlocked by less than 10% of the players – and therefore particularly rare.

Moreover, it turns out that with the new Steam interface it also offers recognition to those who have obtained all the Achievements of a single game: in fact, a celebratory blue bow is assigned, which will be displayed at the top of the objectives of the title you are consulting.

We look forward to finding out what other new features have been brought about by this restyling that Steam is experiencing. Have you noticed any other changes?