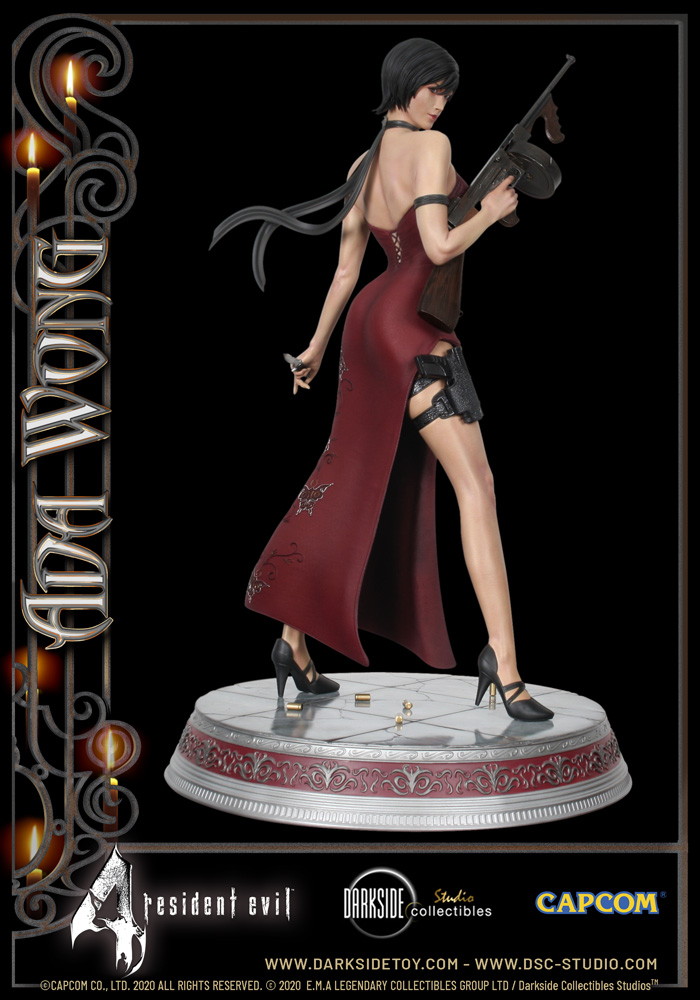 > Resident Evil fans will soon be able to enrich their collection of themed gadgets and memorabilia with a new piece. On the official social profiles of the saga, in fact, Capcom shared the new 1/4 scale figurine of Ada Wong , the iconic female character of the series, in her Resident Evil 4 . This collector’s piece is currently in pre-order and will be available from July 2021 . Made under official license, the statue is equipped with the Tommy di Ada weapon, as well as an interchangeable right hand where the woman can also hold a shooting rifle. In addition, accessories such as sunglasses and a lethal knife are also offered.

The figurine of Ada is positioned on a circular base, it is 50 cm high and will be produced only in five hundred specimens worldwide . There is no news of future reprints, so there is an excellent chance that, once the first print run is out, it can become a rare item. Taking it home however has a cost that is far from negligible: reservations are open for 799 euros – to which you need to add about twenty euros for shipping to Italy. A cost probably not for everyone, but that won’t scare the fiercest Resident Evil collectors.

Ada Wong first appeared in the series in Resident Evil 2 , in 1998. Since then, she has established herself as one of the franchise’s best-known female characters – and the fact that a new collectible statue is dedicated to her is no accident.

If you want to discover the adventure from which this Ada figurine is inspired, you can recover Resident Evil 4 at a very cheap price .