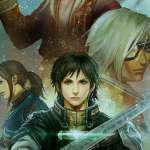 Square Enix has just released a new trailer for The Last Remnant Remastered, expected on console PlayStation 4. You find it below, in the usual dedicated player. The game was originally released on Xbox 360 at the end of 2008, arriving on Windows PC during spring 2009. A version for PlayStation 3 was announced but never released, most likely due to the poor sales of the game on Xbox 360 and PC.The title will in fact be launched for PS4 on December 6th and will be available digitally on PlayStation Store at a cost of $ 19.99. The Last Remnant Remastered tells the story of a world full of “Remnants”, ancient artifacts able to give a mysterious power to those who hold them, as well as being able to change the balance itself universe.What are you waiting for? Source: DualShockersArticles RelatedThe Last Remnant Remastered in video from TGS 2018Final Fantasy XV, here is the crossover with Terra Wars and Shadow of the Tomb R aiderWarriors Orochi 4, here is the launch trailerHitman 2 takes us into his world in a new video