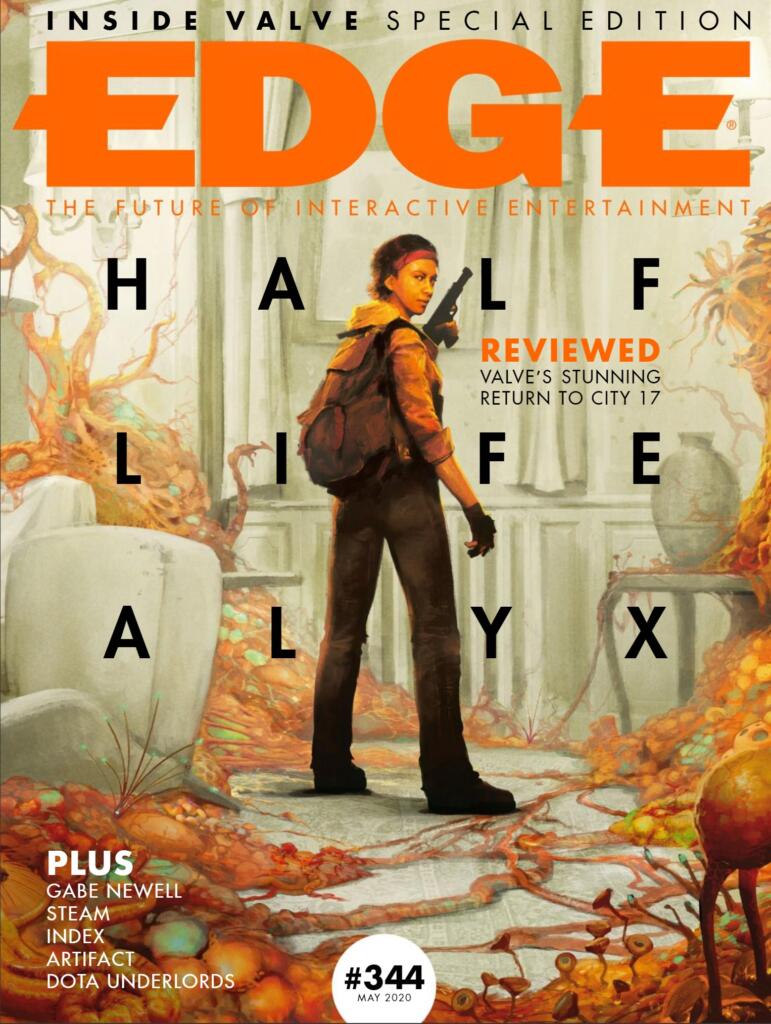 Half-Life: Alyx is the awaited virtual reality title set between the events of Half-Life 1 and 2, which will see the reckless Alyx as absolute protagonist .

Valve has recently announced that the game’s preload will start on Friday 20 March, thus allowing those who have already purchased the product to be able to download it no later than Day One.

Now, the official cover of number 344 of the famous magazine EDGE has been unveiled, which is dedicated to VR gaming. Find the image just below:

We also remember that the development team member Robin Walker has confirmed that the game will offer a narrative component that lives up to the other episodes of the saga.

But not only: in our special you will find an avalanche of details about the history and behavior of the Combine soldiers, famous opponents of Gordon Freeman in the various chapters of the regular Valve series.

The title will in any case be considered to all intents and purposes as a new episode of the saga, but obviously far from being the third and long-awaited official chapter, still shrouded in mystery despite the fact that fans have been clamoring for several now years.

The official release of Half-Life: Alyx is expected for the next March 23 .