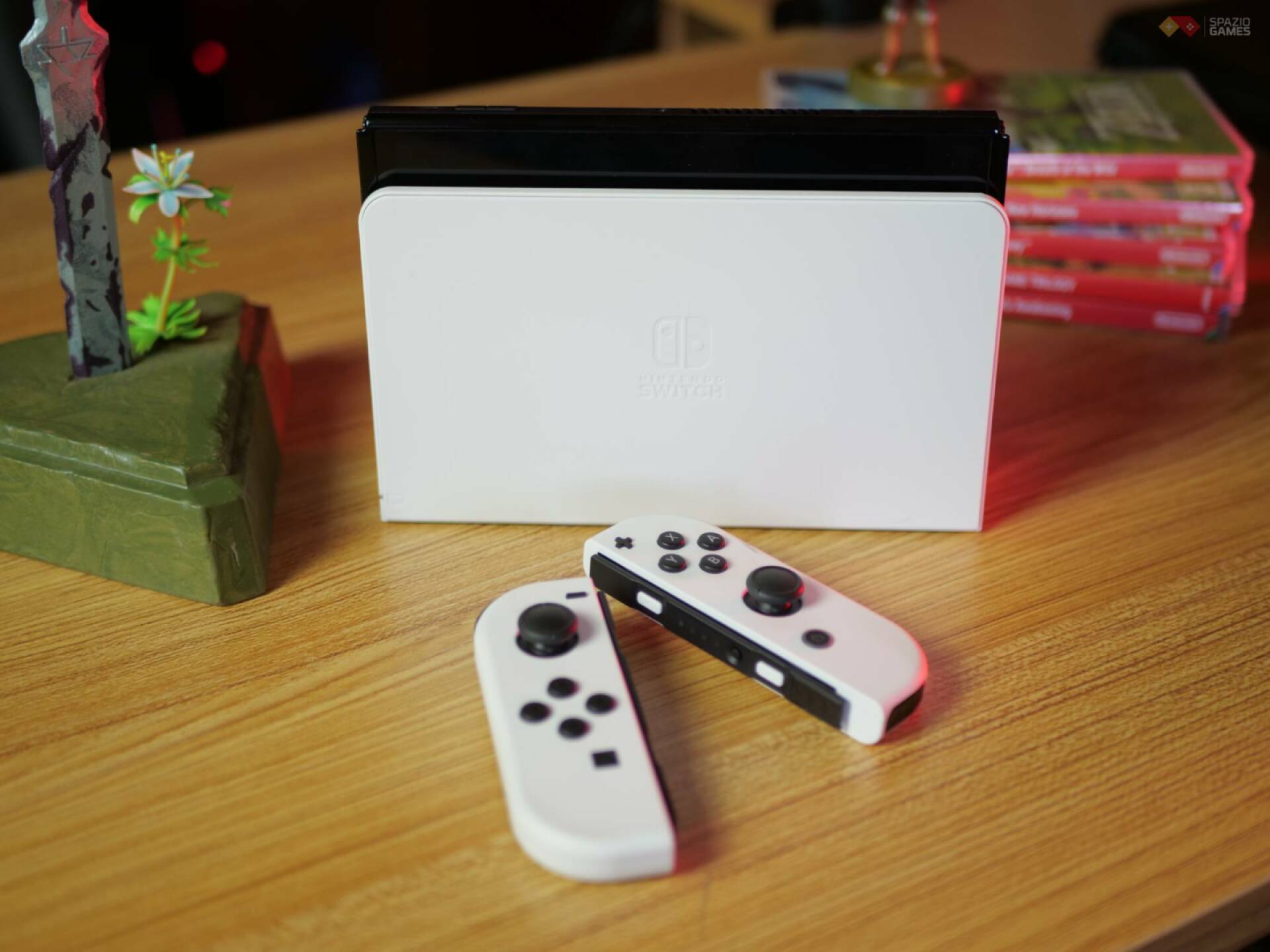 2021 brought with it a catchphrase: finding consoles is anything but easy . PlayStation 5 and Xbox Series X are still missing in action and also Nintendo Switch OLED , launched last October in the company of the excellent Metroid Dread , risks giving you more than a headache before you manage to buy it normally.

The console, in fact, has in turn ended up in the hands of touts and, never as in this case, we recommend you not to buy it at higher prices – but to wait for new supplies from Nintendo, which have always arrived in recent weeks. quite continuously.

If, therefore, for the stocks of Switch OLED we are waiting for news from the major retailers (at this moment it is sold out both on Amazon and on specialized chains such as GameStop ), know that at least soon you should be able to buy the dock . Without Switch, but that’s it.

You will remember that, some some time ago, Nintendo had sold the standard standalone Nintendo Switch dock: in this way, those who wanted to could connect the base in more than one location, simply insert the console in the dock to activate the TV and start playing.

It was a convenient solution especially for those who play in different locations and on different screens, which would not require, thus, to move the dock included in the package every time.

However, with the approach of the launch of OLED the old Switch base had disappeared from the market: the reason, apparently, is that you will soon be able to buy the new standalone dock .

The latter, as we explained in our review, has smoother and more refined finishes than the original, but above all it offers the possibility of connecting a LAN cable for the Nintendo Internet connection Switch – an optimal solution for those who play online and want maximum performance.

If, in short, buying a second dock was previously a matter of convenience between the different stations, now players may want the new one also to take advantage of this new feature, which arrived with the base of the OLED model.

At the moment we have no news of the debut of the standalone dock also in Italy, but Nintendo has already inserted it in the US store . Considering that the company usually follows the same policies all over the world, it would seem that it is only a matter of time before the base also arises in our part.

In the meantime, Nintendo Switch players are eager to find out more about The Legend of Zelda: Breath of the Wild 2 (or whatever the final title is). Some clues suggest that it could pop up at The Game Awards on Thursday night / Friday morning, but as always there are no certainties and we can only recommend that you follow us for all the news on the theme.

If, on the other hand, you’re not the dock type and want to understand what changes from model to model, feel free to take a look at our handy guide to the different Nintendo Switch examples.

Is your favorite Switch Lite? Great, considering that you can find it right away and at a great price.