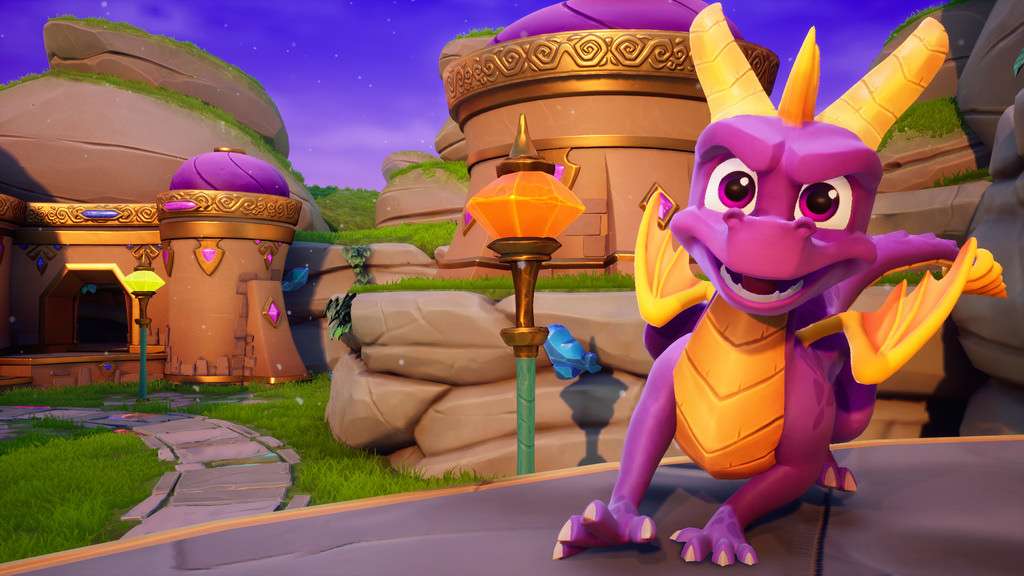 Only a few days left until November 13th, when we officially see Spyro return in his Spyro Reignited Trilogy. Following in the wake of the inseparable friend Crash Bandicoot and his N. Sane Trilogy, the purple dragon born of the Insomniac creatives will return with a trilogy revisited and modernized for the occasion.
Spyro’s magic
Regarding the release, Ã‚ PlayStation Blog has interviewed Jan Stec, senior technical designer, and Russell Vaccaro, artist for interfaces. On the work for the game, the two authors wanted to put the accent on one aspect: the magic, which the players must rediscover and relive, as was the case with the original titles.

His opinion is shared by Stec:

Renewed checks for Spyro Reignited Trilogy
Stec also commented on Spyro’s renewed controls, which wanted to be more modern but also traditional, at the same time:

We remind you that Spyro Reignited Trilogy will arrive on November 13 on PS4 and Xbox One. How impatiently are you waiting for her?
Source: PlayStation Blog