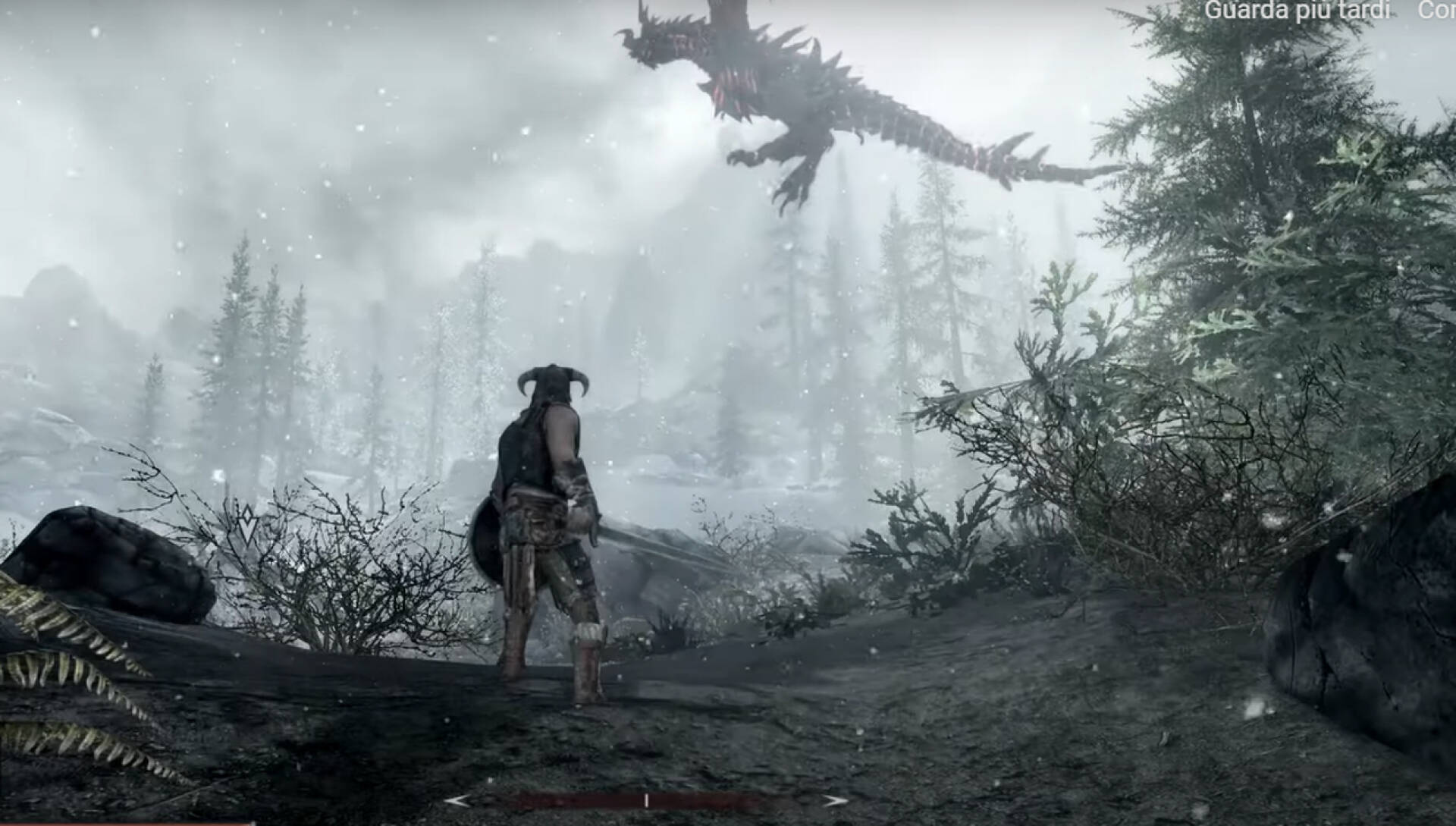 The Elder Scrolls V Skyrim is still the latest exponent of the Bethesda fantasy saga, waiting for a sixth chapter that is slow to arrive .

The fifth installment of the franchise has made many players dream, transporting them to the icy lands of Skyrim, province of Tamriel, and continues to do so after almost two decades.

The Dragonborn adventure doesn’t seem to feel the weight of the years, and neither does the players: one of them even performed a kill that pays homage to the Assassin’s Creed saga.

The affection of the fans towards the title is hard to die, and from now it is possible to express it also towards our comrades who disappeared in battle.

If you have skinned Skyrim to the bone you will no doubt remember the Dragon Souls , obtainable after killing one of the fearsome (and fierce) winged creatures in the game.

These items are necessary to unlock Screams , abilities that allow us to unlock powers thanks to which we will be able to interact with the game world in a more incisive way.

Some allow you to move faster, others to disarm your opponents, slow down time, blow fire or ice at our enemies and perform many other actions .

The base version of Skyrim contains twenty screams, with three more added thanks to the Dawnguard DLC, but to win them all you will need to have as many Dragon Souls.

Now, a user struggling with the title has discovered a way to obtain one in an extremely simple way, namely by completely avoiding the fight with a Dragon, often particularly difficult.

To do this it will be necessary to activate the mission main “The Horn of Jurgen Windcaller”, in which we will be asked to recover an object from a tomb located in the Ustengrav mound.

Once we arrive at the site, we will find a note waiting for us on the funerary altar, which will warn us that the horn is no longer there, urging us to explore another area to obtain it.

Once the mission is completed successfully, it will still be possible to return to Ustengrav and interact with the altar again to get a Dragon Soul in a completely “ free ” way.

This is a discovery to be taken into consideration to get a Scream without engaging in a fight with a Dragon , a prerequisite for earning such an item in normal conditions.

To testify the eternal youth of the fifth chapter of the Bethesda saga, we thought of a new mod capable of turning the game into a title in 2021.

If you’re on the hunt for hidden details, you can’t miss the opportunity to take a look at a mysterious creature frozen in the ice of the cold lands of the Tamriel province.

In November 2021 Skyrim will blow out its tenth candle, but two decades are not enough to exhaust all the secrets: a fan has recently discovered a secret upgrade that could be very useful.

If you want to discover (or rediscover) some titles from the Bethesda catalog, you can take advantage of the great price of Fallout 4 on Amazon .