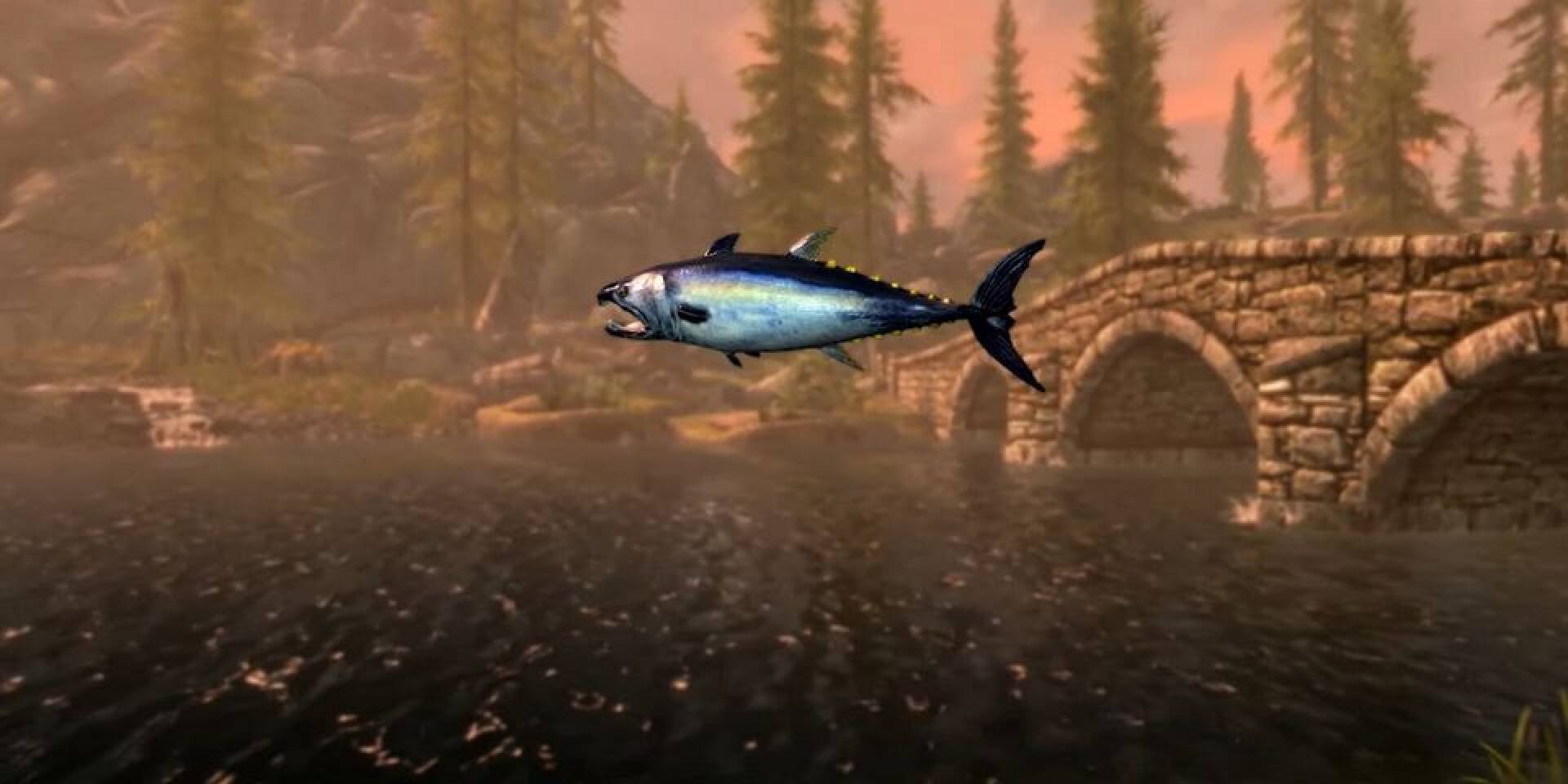 The Elder Scrolls V Skyrim is Bethesda’s fantasy RPG who has just turned ten years old, which brings him right into the legend.

The fifth installment of the franchise has recently been revived in a Anniversary Edition , complete with all the content released in the game in these long years.

Our Stefania Sperandio recently told us why the anniversary of Skyrim was an epochal event for the entire video game industry.

Not to mention that recently someone discovered that it was probably better off when there was no fishing in Skyrim , so much so that in a sense, fishing is now the protagonist of a truly undertaking. epic.

Now, as reported by Game Rant , someone has decided to complete the whole adventure using only fishing rods (yes, you got it right).

With a video on their YouTube channel, the user known as TheFogFrog proved to everyone that it is possible to finish the main Skyrim quest using only fishing rods .

The player, however, imposed some rather particular rules: the first was to use nothing except fishing rods to inflict damage, including magic and Screams (only useful for story progression).

In addition, it was possible to use poison on the ends of the fishing rods (thus making them more lethal), all with the general difficulty set to adept.

Just below, the video that testifies to the (at times truly epic) feat.

Did you also read that recently someone seems to have uncovered a rather creepy detail in a Skyrim side quest?

But that’s not all: Skyrim Anniversary Edition has inside a gift to players that has the aftermath of the meme, which you won’t be able to say no to anyway.

Finally, a few months ago on the Gameshift pages we included Skyrim in our ranking of the best open worlds, really not to be missed.