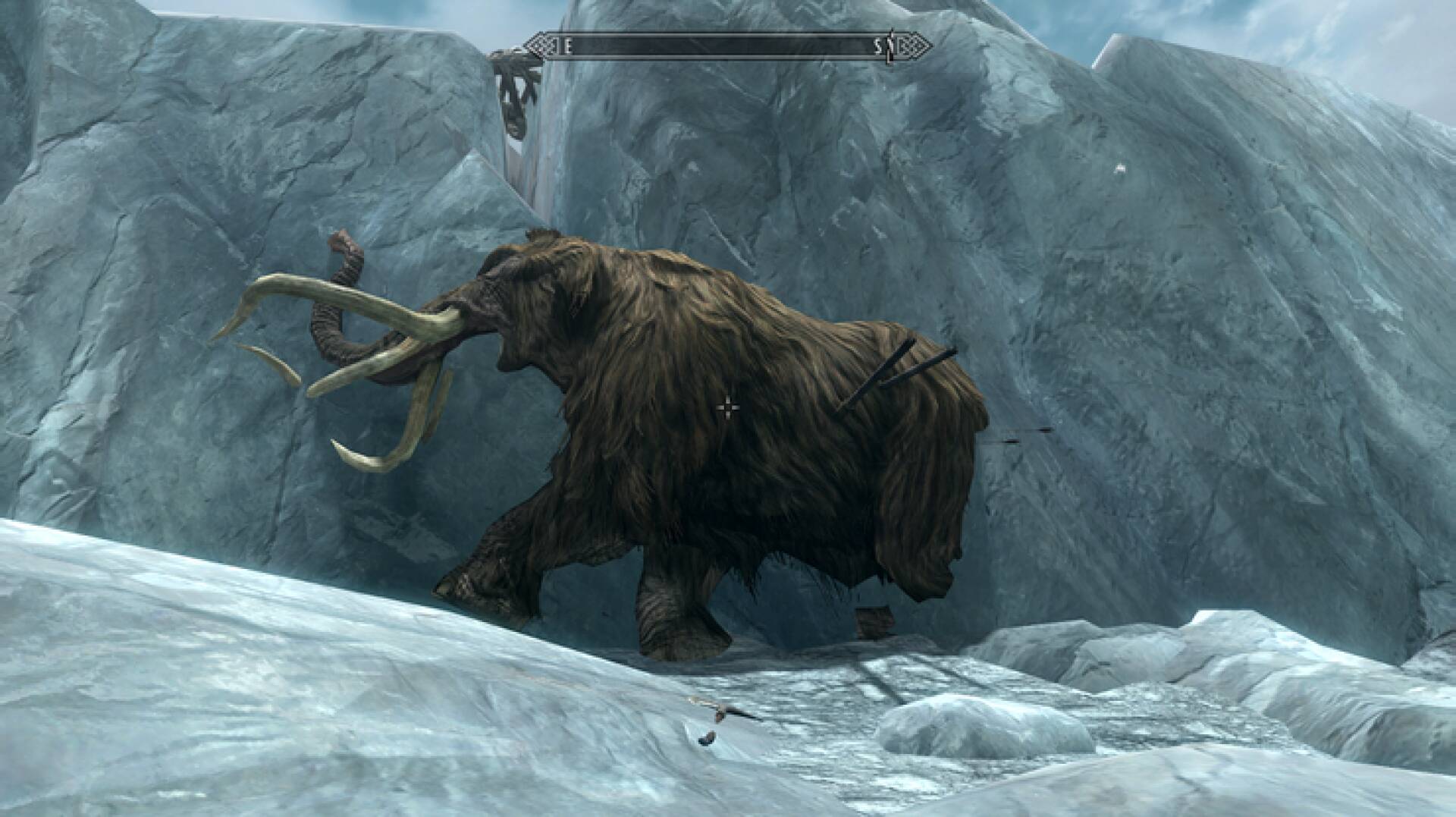 The Elder Scrolls V Skyrim is a game that never ceases to surprise, so much so that a player recently made a truly surprising discovery in one of the explorable regions of the Bethesda title.

The title, which has also been available on the Switch console for several months, has become a cult over time, so much so that a myriad of players are discovering new details and curiosities about the game every day.

A fan even decided to turn it into a next-gen title thanks to Unreal Engine 5, it has aged well.

After all, Skyrim seems not to have lost an ounce of its charm even many years after its release, also and above all from a purely technical point of view.

In a recently uploaded post on Reddit , user u / Pattypuss (via Game Rant ) claimed to be able to track down a mammoth creature frozen in a huge glacier .

Stuck in huge ice sheets, the mammoth also appears to have some broken arrows and spears protruding from its body, like following a battle .

Even its open mouth, in what appears to be a grimace of pain, suggests that the animal died after an attack, before freezing.

The mammoth has been spotted between the northern locations of Dawnstar and Winterhold of Skyrim , both located in the colder regions of the map.

Although the user did not specifically disclose where the mammoth is, the fact that it was spotted inside a large glacier suggests that the coast from Dawnstar is the place to plumb.

We also remember that a collector wanted to secure a sealed copy of Skyrim on Xbox 360 for the price of 600 dollars.

Another fan has decided to show all love for Bethesda’s RPG by having the map of Skyrim carved into wood by hand.

Finally, have you already seen that Geralt of Rivia has begun to plow the lands of Tamriel?

If you want to get your hands on Skyrim at a very low price on PS4, get this offer on Amazon Italy!