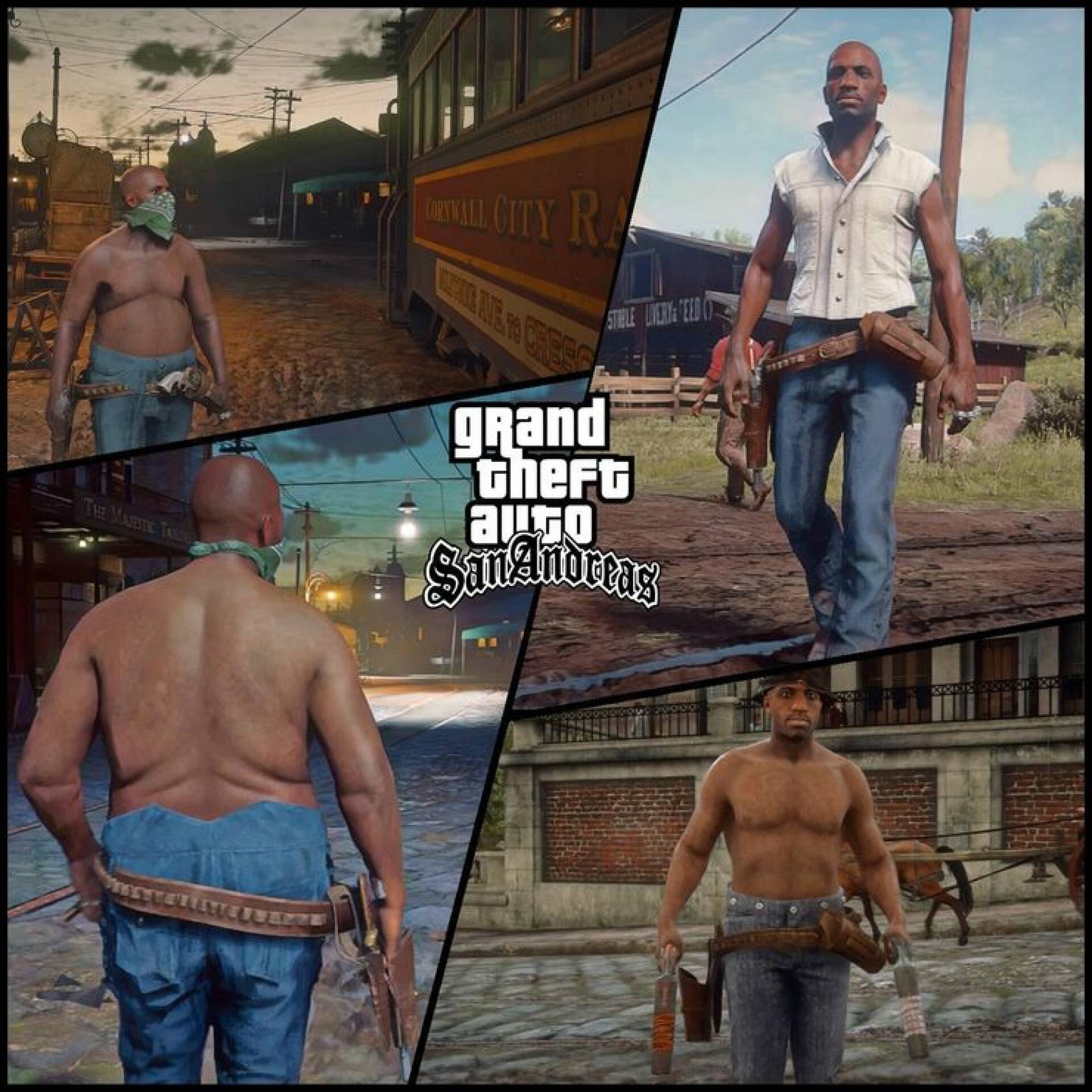 Red Dead Redemption 2 , is a game so full of characters, missions and things to do that it’s often easy to lose count.

In a much more pronounced way than in John Marston’s first adventure, the Rockstar western game is in fact a world of its own, with dozens of objectives and uses to undertake.

However, this is not the first time that the American developer has decided to lend (if we can say so) characters from different sagas.

John Marston and Brucie Kibbutz have for example appeared in the Red Dead Redemption and Grand Theft Auto series respectively, although Rockstar has always kept the various franchises disconnected.

Now, however, Reddit user HeySoloSoyYo has decided to include in Red Dead Redemption 2 one of San Andreas’ most notorious criminals, namely Carl Johnson .

Also known as CJ, the character has came to life within Red’s multiplayer Dead Online. The version shown is as close as possible to the original, while also sporting extremely similar clothing.

We also see him wielding two weapons, one of which is well known to anyone who has had the opportunity to play GTA San Andreas .

For many fans of the GTA series, CJ is definitely the best playable protagonist ever seen in the franchise, beating icons like Niko Bellic, Trevor Phillips and Tommy Vercetti.

Have you already seen in any case that a player has decided to create a real “hobby” out of nothing that pulls alligators down?

Prime Day is underway today: for the best offers on gaming and video games, find all the details on the Gameshift page. If you want to buy Red Dead Redemption 2 and enjoy the full experience of Rockstar’s Far West you can take advantage of the Amazon price.