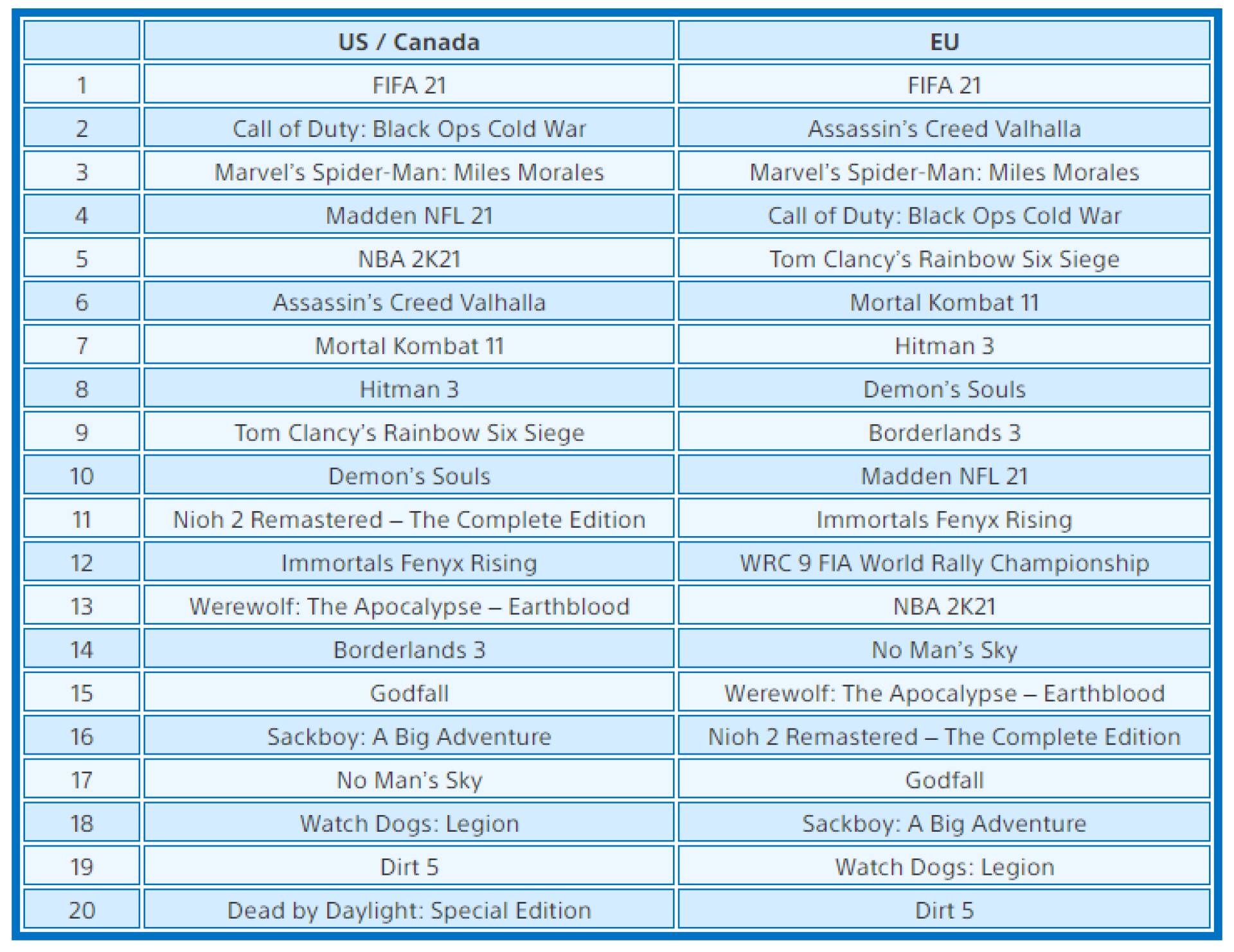 Sony has revealed the ranking of the most purchased and most downloaded games on PlayStation Store for its platforms, including PS5 .

In this ranking, unveiled today by PlayStation Blog , the next-gen seems not to take off for the moment, still relying on cross-generational productions born before the release of the new consoles.

To dominate in Europe and North America is without major opposition FIFA 21 , followed in the Old Continent by Assassin’s Creed Valhalla and Marvel’s Spider-Man Miles Morales .

While it is quite impressive to see Sony exclusives latch on to older cross-platforms, the performance of FIFA 21 , especially in Europe and Italy, is certainly not surprising.

Obviously, with the arrival of more units over time, this kind of top ten will soon be destined to change in a radical way.

On PS4 , FIFA 21, Grand Theft Auto V (ahead of the new PS5 version) and Minecraft lead the rankings again .

Among the free-to-play games, Fortnite is “only” third behind Call of Duty Warzone , thanks to Season 2, and the evergreen Rocket League .

The Sony online store is now the protagonist of a wave of “Essential” discounts, which also involves the next-gen, so who knows that in March things are not destined to change.

PlayStation Store has just gone through a major change, as it has given up on selling movies and TV series to focus only on gaming.

If you want to subscribe to PlayStation Plus, you can get it now on a 20% sale for the annual subscription.