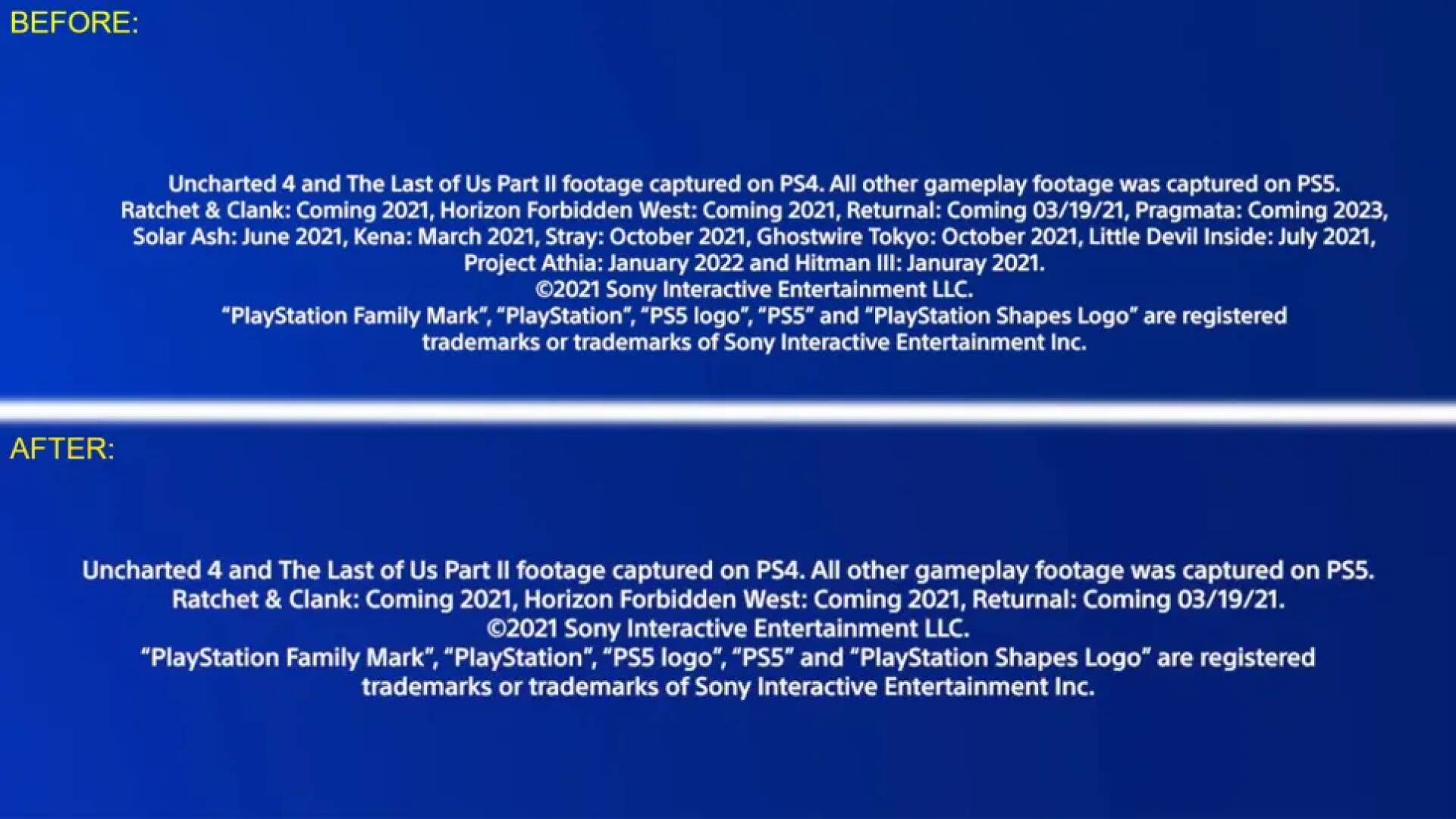 That 2021 would be a year of postponements and delays was more than predictable. After all, in addition to the postponement of Hogwarts Legacy to 2022, Ubisoft’s Riders Republic has also recently been postponed by a few months. Apparently, however, other games – including several highly anticipated titles on PS5 – will also suffer a similar fate.

Sony uploaded a video earlier this week that included some new release date information on various upcoming games, which can be viewed in a text in the final stage of the movie. Now, that portion of the video has been uploaded to YouTube but with much of the launch window information removed .

Below, a screen showing a comparison between the first and second version of the video.

The original and complete video – made for i Consumer Electronics Show 2021 – was uploaded on Monday, January 11th. Among the suspicious information, the alleged delay for Capcom’s Pragmata and the first release window for the upcoming PS5 exclusive, Project Athia .

Even Ratchet & Clank: Rift Apart , generically expected within the PS5 launch window, would now seem destined for another period of 2021 still to be clarified.

A few days ago the journalist of Bloomberg Jason Schreier , had shared on his Twitter profile a decidedly not very rosy 2021 definitely complicated for the industry and gamers. “The first of many, many video game postponements that will arrive in 2021” were Schreier’s words, which leave very little room for imagination.

PS5 has been available since last November in two versions: the one with and without an optical reader, capable of reading games in physical format.

If you want to get ready to book PS5 as soon as it becomes available, keep an eye on the dedicated page on Amazon. If you want DualSense at the best price on the market (no surprises), all you have to do is click here.