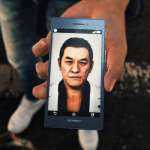 Sega has published a substantial series of images taken from Project Judge (known in the Land of the Rising Sun as Judge Eyes: Shinihami no Yuigon), his “legal” action game created by the authors of the series Ryu Ga Gotoku (Yakuza) and starring Takuya Kimura, which you can see as usual in the gallery below.
The screenshots show different prosecutors, arcade games and minigames.
Recall that Project Judge will be launched for Sony Playstation 4 on December 13th in Japan, Asia and Core, while its debut in the West is expected for 2019. A playable demo is currently available on the Japanese Playstation Store.
For the moment there is nothing left to leave the screenshots, wishing you a good view.
Have you seen the last two trailers?

Keep following us for all the latest news.
Source: Gematsu