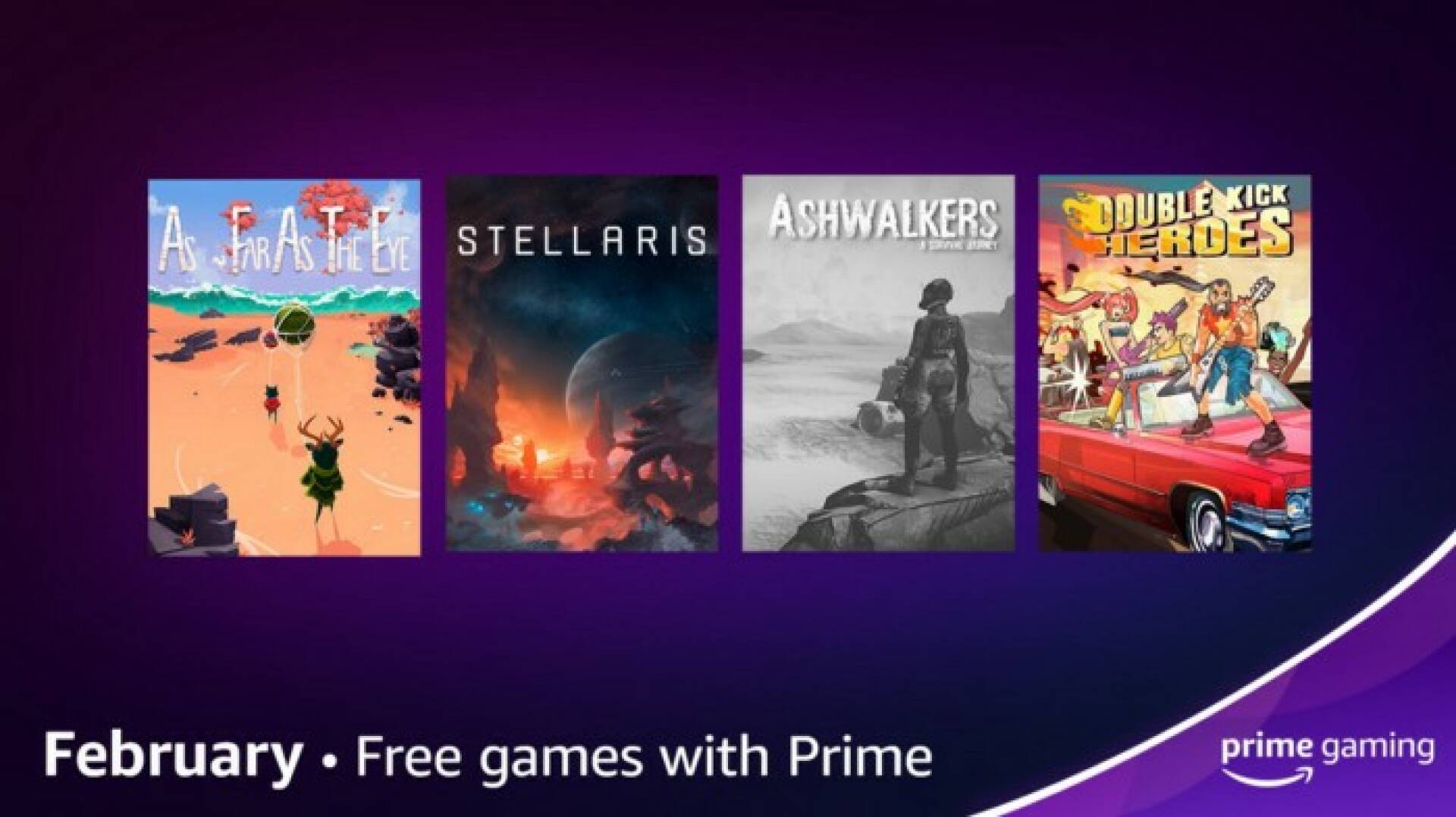 Amazon Prime Gaming has decided, today, to reserve its subscribers 5 free games for the month of February from just started.

The service connected to the Twitch platform last month gave us the opportunity to play free Star Wars Jedi Fallen Order , although this too these are equally interesting titles.

The players had already been notified of the news in the pipeline, so much so that now they can get their hands on it without too much trouble.

So, after the January games, it’s now the turn of the news available starting today, February 1st, for all subscribers.

The games in fact, there are five downloadables at no added cost, among which Stellaris , strategic science fiction developed by the Paradox team, released in the now quite distant 2016 .

Do not underestimate the management roguelike As Far As The Eye , in addition to the survival Ashwalkers: A Survival Journey .

The zombie-themed Double Kick Heroes closes the picture of this February 2022, and the title sporty Golazo Soccer League .

To make these free games your own you will need to make sure you are subscribed to Amazon Prime , then proceed to this address, log in and scroll down to the « You play with Prime »: only then will you have nothing left to do but redeem your favorite games and have fun.

Today is a great day for players hungry for free titles, as the 10 games that will arrive this month on Xbox Game Pass have been confirmed.

But not only that: the first February gifts offered with Games With Gold are also available from now on, really very interesting and for all tastes.

Finally, in order not to miss anything, the new free PlayStation Plus games are also available for the current month.

If you like, there are plenty of free games on Xbox Game Pass too, which you can play by purchasing a subscription! Don’t miss it at the best price.