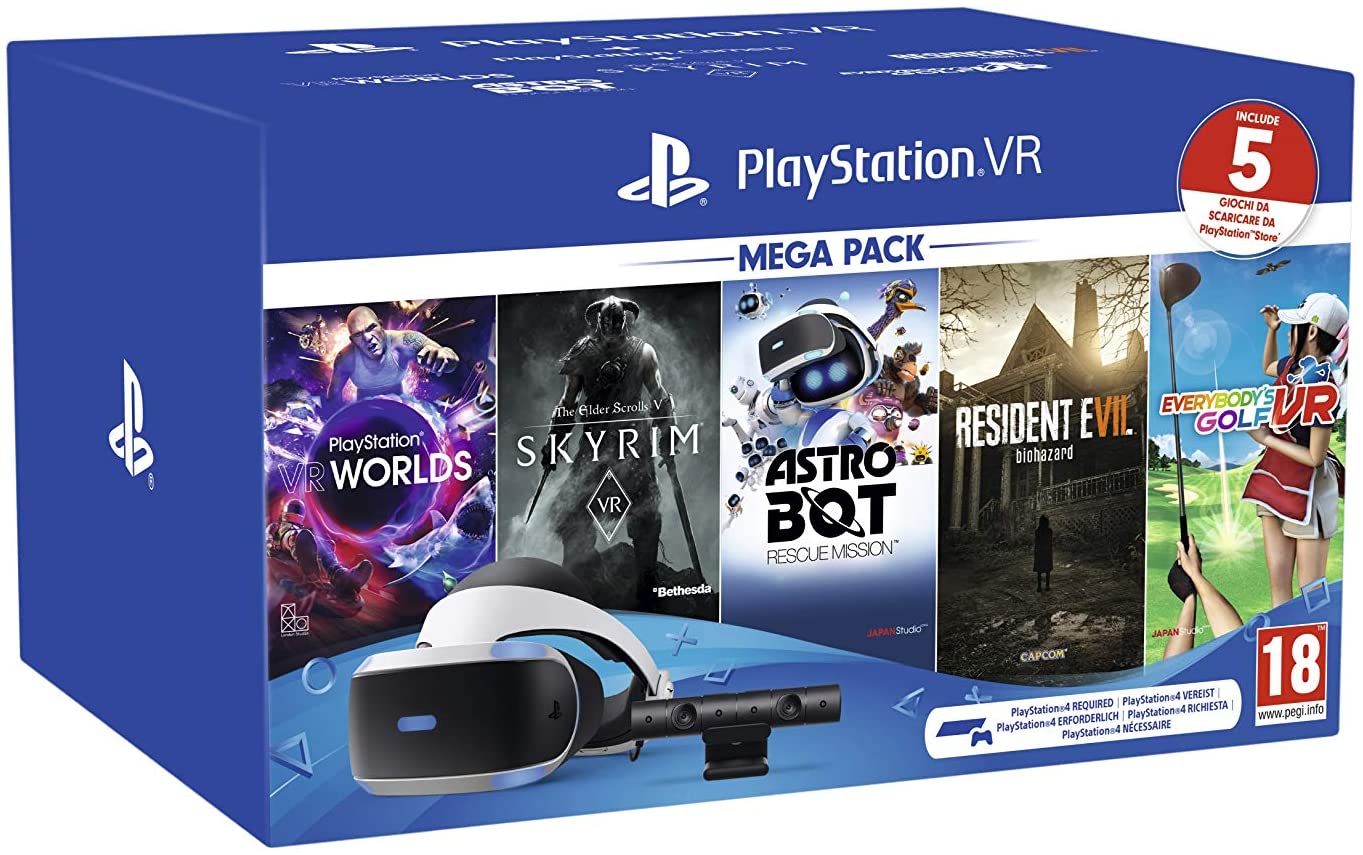 > PlayStation VR Mega Pack is now available at a discounted price on Amazon Italy , thanks to a new promotion that you will find online again for a very limited period of time. The bundle is currently the best way, by virtue of its completeness and affordable price, in circulation to access virtual reality on PS4. What does the PlayStation VR Mega Pack contain? Once you have purchased this package, basically, you will need very little else to fully enjoy the virtual reality experience on the Sony console, since it includes the PlayStation VR viewer and the PS Camera useful for tracking your movements, whether with DualShock 4 or with PS Move.

Foreground the playful offer of the bundle, with five games among the best exponents of the virtual reality of this generation: it is Resident Evil 7 Biohazard , appreciated Capcom survival horror which is even more frightening in VR; Astro Bot Rescue Mission , platform of Japan Studio for refinement of the mechanics, ambition and longevity among the most popular titles in the virtual reality segment; The Elder Scrolls V Skyrim VR , virtual reality version of the famous role-playing game Bethesda; Everybody’s Golf VR , the latest iteration of the well-known Sony golf franchise; PlayStation VR Worlds ,

PlayStation VR Mega Pack regularly costs 329.99 euros but if you are fast enough to take advantage of this promotion, you can make it yours for only 279.99 euros , with a saving of 50 euros. Considering the number and quality of games offered in the package, if you have not yet made the big leap and you are interested in virtual reality, there is not too much to think about.

In case you want to save even more on the purchase of the viewer, Amazon comes to your rescue with another bundle which only includes PlayStation VR and PlayStation VR Worlds , a collection of minigames designed specifically to show the capabilities of the latest generation viewer, which today represents the perfect introduction to the world of virtual reality.

The package is offered complete with PlayStation Camera and voucher for downloading PS VR Worlds at the price of 253.98 euros instead of the traditional 275.25 euros; savings that may seem small but in practice would allow you to purchase another separate title for your new viewer.

PlayStation VR is the ideal access point in the field of virtual reality , a branch in which the prices of the viewers touch if they do not generally exceed a thousand euros, thanks not only to the affordable cost but also to an overall quality of thickness – it is equipped with a 5.7-inch OLED screen which supports up to 120fps – and the stock park which, as we have shown, has several arrows in its bow.