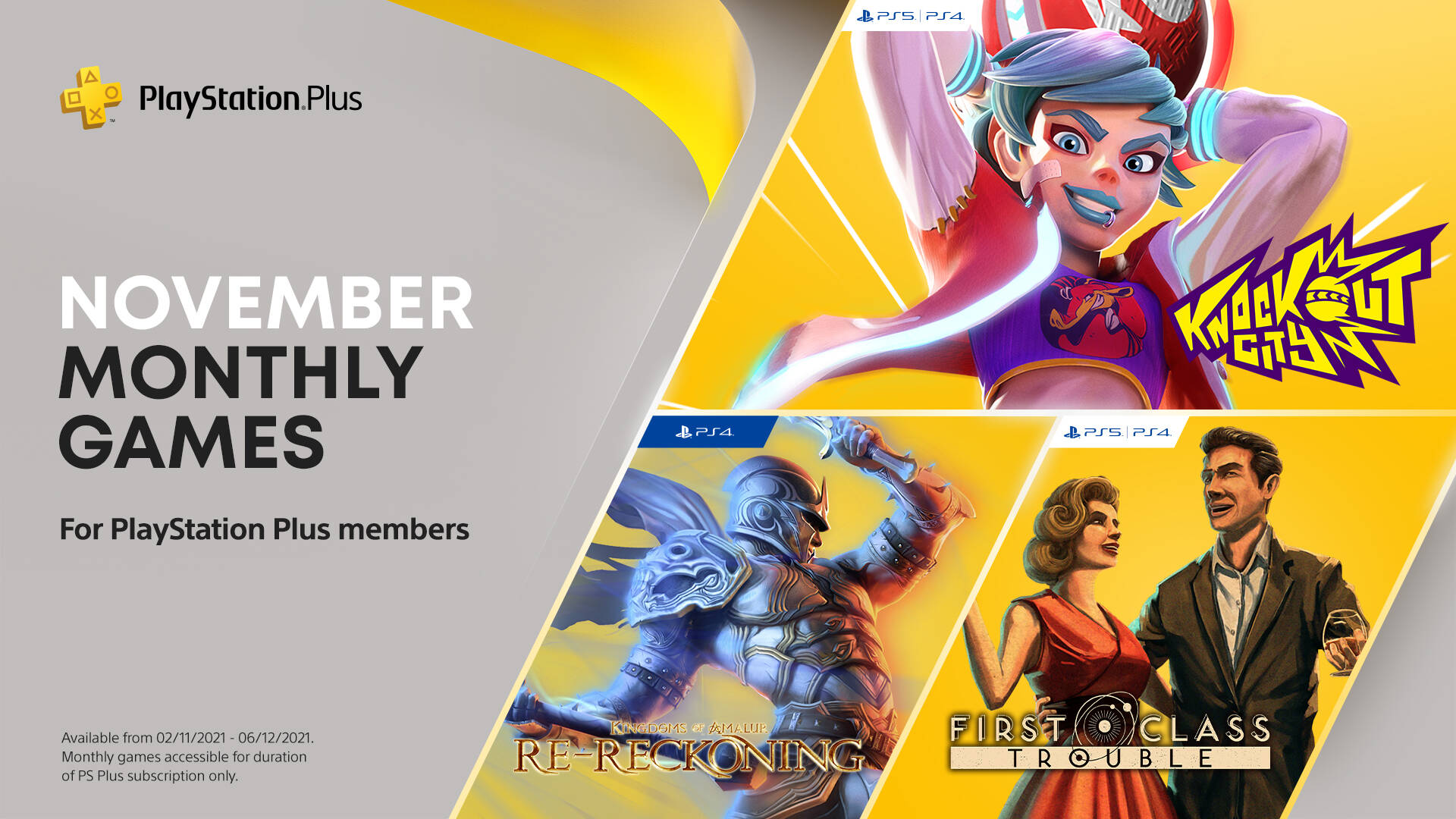 Sony unveiled the lineup of new arrivals on PlayStation Plus in November , which has now arrived.

The October games will be available for some time yet and include, among others, a great fighting game.

For those of November a rather popular name was circulating, some of which revealed by a leak.

The new PlayStation Plus entries in October will be:

Knockout City is the multiplayer title halfway between a battle royale and poison ball on PS5, accompanied by the historical RPG Kingdom of Amalur: Re-Reckoning and First Class Trouble , a game of bluffing and deceit that makes its debut in the free games of PlayStation Plus.

For the availability of this trio it will be necessary to wait until next Tuesday November 2nd, and they will remain redeemable until Monday November 1st.

There are also PlayStation VR games , starting this month: