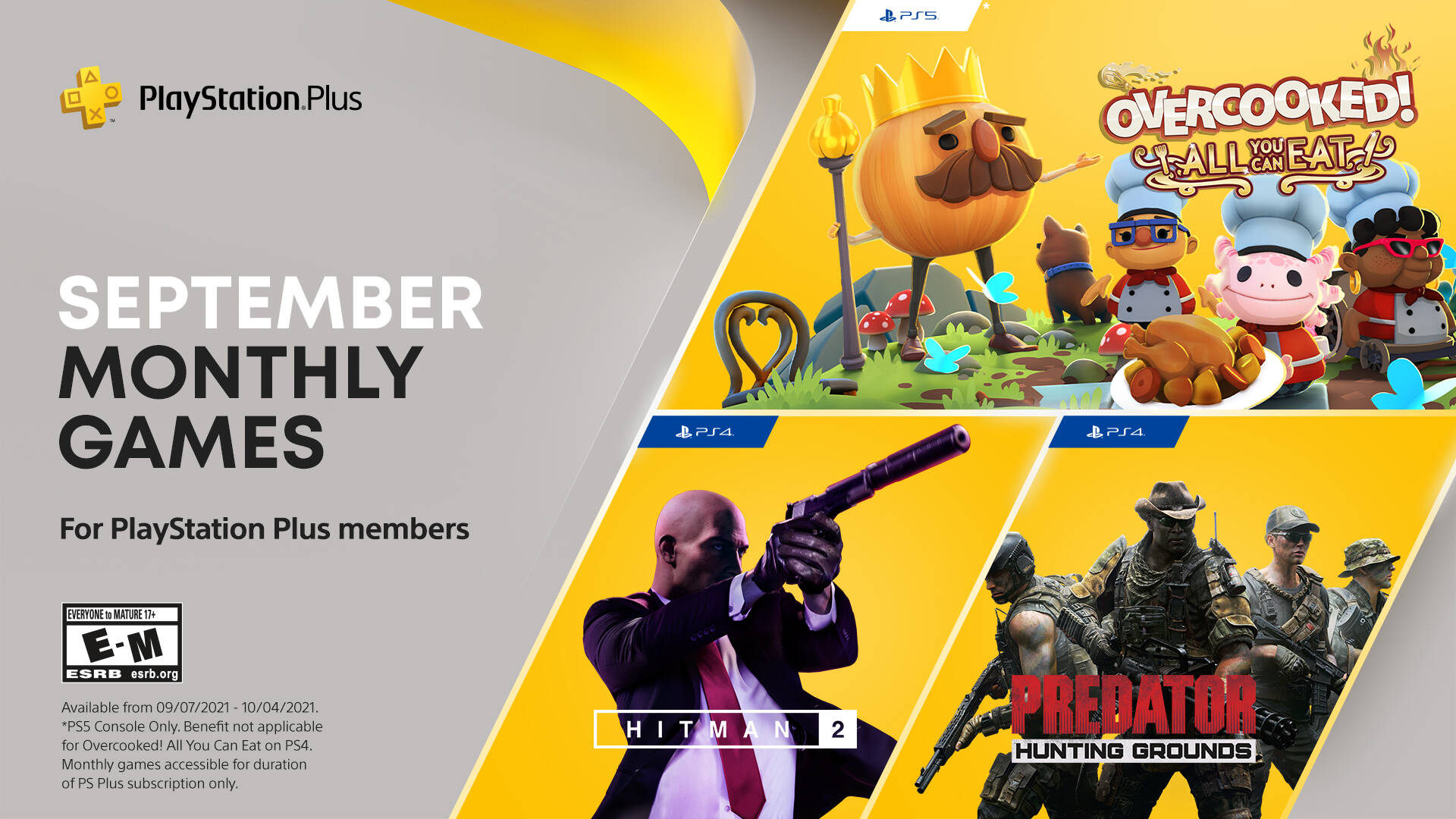 It’s September, and that means new free games for PlayStation Plus subscribers that can be downloaded today!

At the risk of remembering the obvious, but you never know, the promotion is valid only for those who have subscribed to an active PlayStation Plus subscription .

In the meantime we also remind you that the list of free games for August is no longer available, so if you haven’t redeemed them well… they are lost forever .

But before moving on to the September games, we remind you that the promotion is also valid on PS5 , a platform on which games were also given away at launch.

The games that you can now redeem via PlayStation Plus are:

Overcook All You Can Eat is a remastered collection with 4K graphics at 60fps of the two original chapters of the local competitive series. The title was also available on PS4 but the PlayStation Plus subscription will, unfortunately, cover only the next-gen version.

Hitman 2 is the second episode of the IO Interactive stealth series, and can easily transform into a PS5 game since it’s accessible via Hitman 3 for that console (just the free starter pack).

Predator Hunting Grounds , finally, is competitive multiplayer from Illfonic, the developer of Friday The 13th , as well as an exclusive PlayStation console .

Read also: PlayStation Plus: what it is, how much it costs and what games PS Plus includes on PS4 and PS5

Two are for PlayStation 4 , which can also be used on PlayStation 5 thanks to backward compatibility, while one is PS5 native.

We remind you that you can download the three titles from now, and that will be available until Monday 4th October.

Regarding the “transformation” of Hitman into a next-gen title, we refer you to our news for the explanation in detail.

Also on the PlayStation front, this has also been a very interesting month for PlayStation Now , which has seen a lot of new games coming.

And if you are a fan of Final Fantasy , well, you have to be careful with Sony’s streaming service , because there will be one title from the franchise per month on the platform.