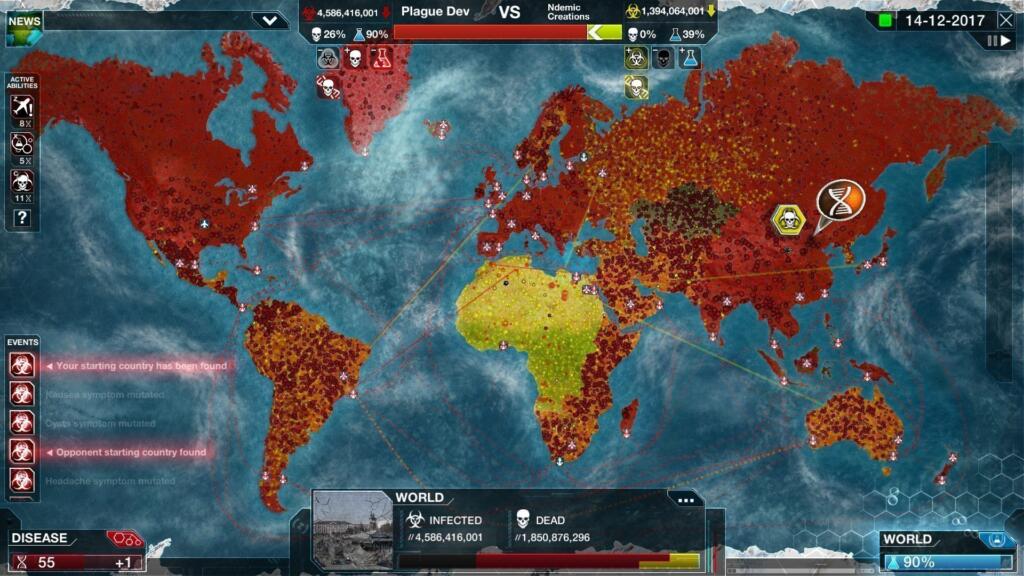 A few weeks ago the news that Plague Inc. , the video game in which you have to make a lethal pandemic wipe out humanity on planet Earth, had been removed from Chinese digital stores . The administration of China, in fact, had explained that the title contained “ illegal content ” and had decided to remove it.

Today, analyst Daniel Ahmad, who always has the spotlight on the eastern market, learned that the legal reasons were actually behind the suspension of the game and his disappearance from the AppStore for iOS. The first cause of the farewell is to be found in the fact that Plague Inc. did not have the necessary licenses to be marketed in China. In addition, the gameplay was considered “insensitive” in the face of the COVID-19 emergency that China before and the rest of the world are now experiencing.

In addition, Ahmad also points out “there have been problems with content within the game, such as its maps.” The analyst explains that, recently, there have been many checks by the authorities responsible for the licenses of video games marketed on the Chinese market – hence the many suspensions. A measure that, Ahmad always points out, had been announced just recently at a press conference.

The measure, in summary, was not solely linked to the content of the game as it might have seemed at first, but originated at the time of the analysis of the licenses of Plague Inc. . We will see if, when this emergency is disposed of and when the licenses are in the right place, the game will also return to the market in the large Chinese market.