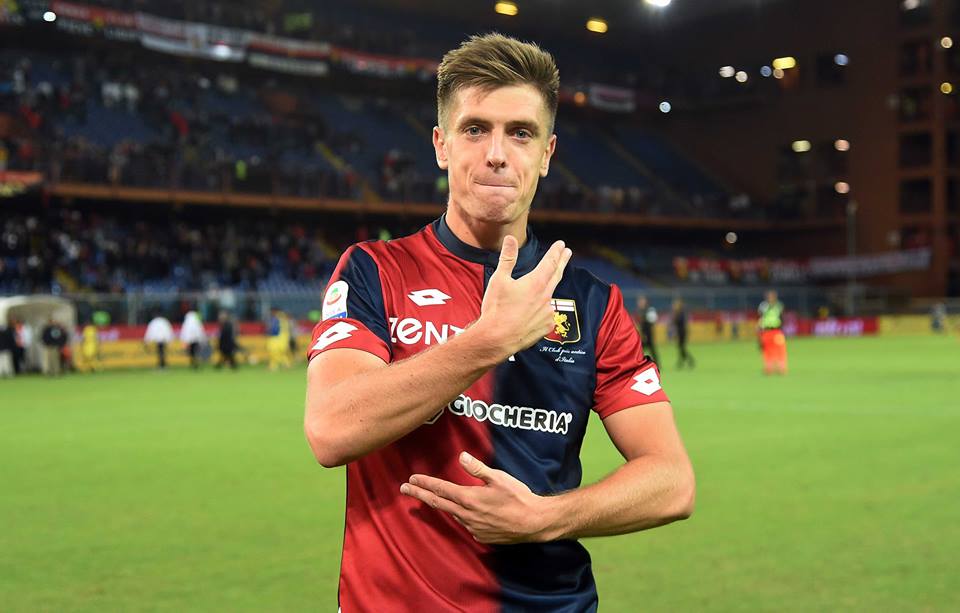 Videogames can give you a big helping hand when you’re a player who has to move to a new club that he essentially knows nothing about. Surely it is the case of the bomber Krzysztof Piatek, current top scorer of Serie A in force to Genoa, which on the pages of Corriere della Sera has revealed: he has used a videogame football (did not specify whether FIFA or PES) to discover his future companions in rossoblu.

Fortunately, there are video games
During a long interview given to the newspaper in via Solferino, the Polish striker also revealed a detail about his arrival in Italy:

How, though, can you integrate into a team where you do not know anyone and nobody knows you? Video games came to the rescue of Piatek:

Both FIFA and Pro Evolution Soccer have licenses for the in-game reproduction of the oldest club in Italy, so we can not tell which of the two was the title chosen by Piatek for its videogame survey.
Footballers and the love of video games
It is not the first time that the players reveal their love for virtual soccer: it often happens that, on their social profiles, they show intent to play with their digital counterpart. There are also partnerships that lead to promotional events dedicated to video games: some time ago, for example, Milan players Patrick Cutrone and Manuel Locatelli (today at Sassuolo) faced each other in a PES 2018 match duly witnessed on the club’s social channels rossonero, as the football Konami is among the sponsors of the team.
FIFA 19 is currently available on PC, PS4, Xbox One and Nintendo Switch. PES 2019 is available on PC, PS4 and Xbox One.
Source: Kotaku

Related ArticlesSport of eFootball.Pro, Konami announces the participation of the NantesEven the Boavista will take part in the eSport Football.pro tournament, announces KonamiPES 2019: discover com & amp; # 8217; the stadium of Schalke 04 has been realized in the game PES 2019, early termination for the partnership with Borussia Dortmund