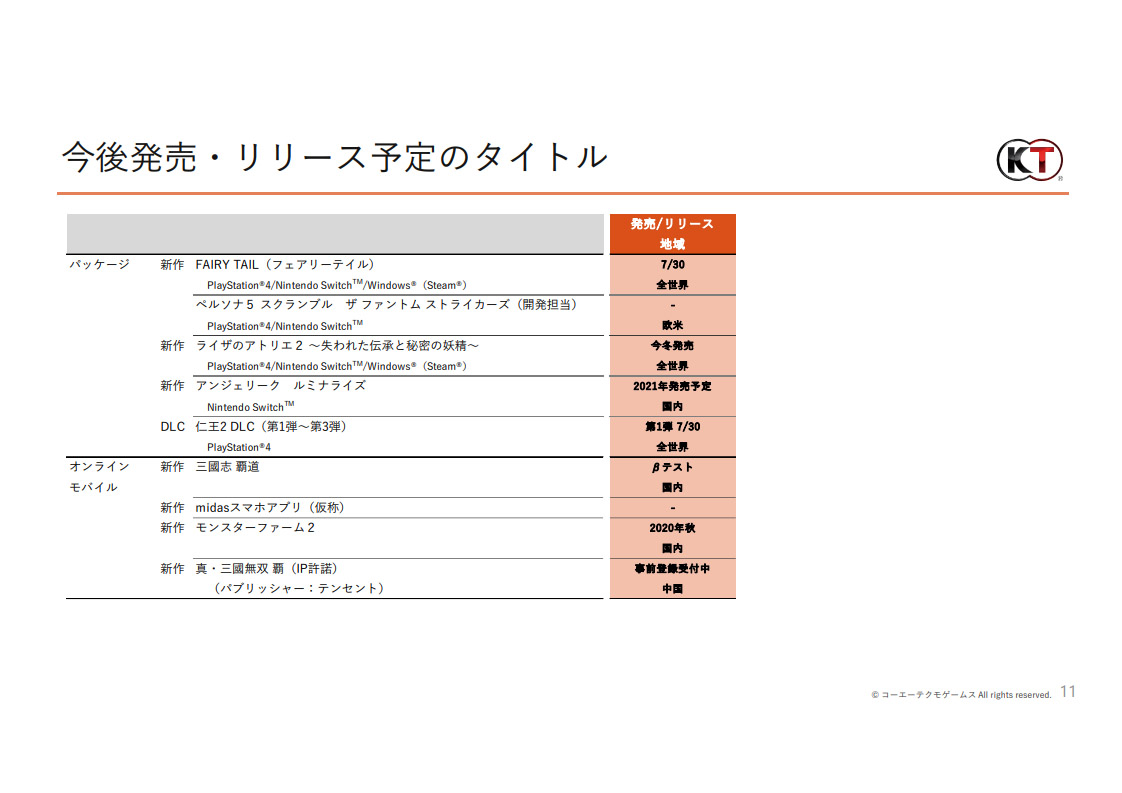 > According to the latest publication on Koei Tecmo financial results, Persona 5 Scramble: The Phantom Strikers will also arrive in the United States and Europe. In fact, in the documents presented, of which you find an image attached to the news, the title is indicated in the west for both Sony Playstation 4 and for Nintendo Switch , although not a precise launch window is mentioned.

Recall that Persona 5 Scramble: The Phantom Strikers has been published by Atlus , but was developed by the Omega Force study of Koei Tecmo . It was originally launched for PS4 and Switch on February 20, 2020 in the land of the Rising Sun, while arriving in Asia on June 18.

Recently, Atlus announced that the total sales of Persona 5 Royal have exceeded 1.4 million units worldwide, while those of Persona 5 Scramble: The Phantom Strikers are over 480,000 pieces counting only Japan and Asia. Globally, the Persona series sold a total of 13 million pieces worldwide.

In our review of Persona 5 Royal , where the title was awarded an excellent 9.6, we said that « there really are no more excuses for not playing Persona 5 Royal, now: the Italian subtitling allows even the least Anglophiles to understand every aspect of the plot, and the tide additional content, between the new character, the unpublished semester and the new district of Tokyo thicken a playful offer that was already extraordinary in its basic version. »

If you have not yet played Persona 5 Royal , you can buy it on Amazon at a very attractive price .