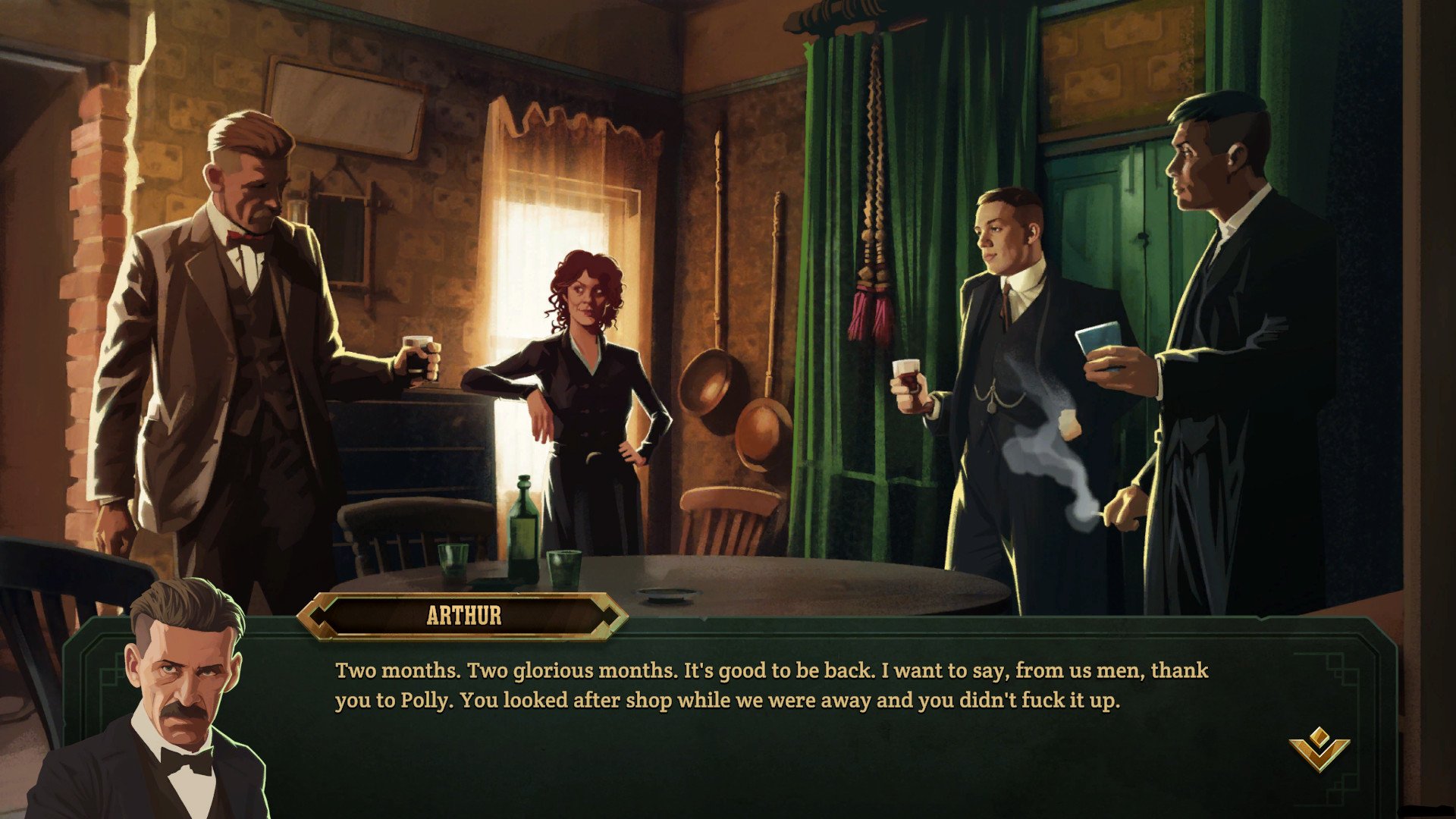 > The popular Netflix series Peaky Blinders will become a video game for PC, PS4, Xbox One and Nintendo Switch to be released in the summer of 2020. Peaky Blinders: Mastermind is a prequel of the show’s first season, and is now in development at Futurlab, the studio of the Velocity franchise, and will be published by Curve Digital.

The game has been written in collaboration with the creator of the series Steven Knight, and will see the Shelbies engaged in an attempt to thwart an engineered plan to expel them from their criminal round.

In the game, a tactical puzzle adventure, we will be able to control all six family members simultaneously, and each of them will have a specific characteristic.

Tommy will specialize in threats, Arthur in fights and breaking through doors, Polly in breaking-in, John in fires, Ada in distraction, Fin n in stealth. Each skill will be needed to complete the scenarios.

The launch is scheduled for the summer but the page on Steam is already available, with images, videos and other details on the game as well as the possibility of inserting it in wishlist.